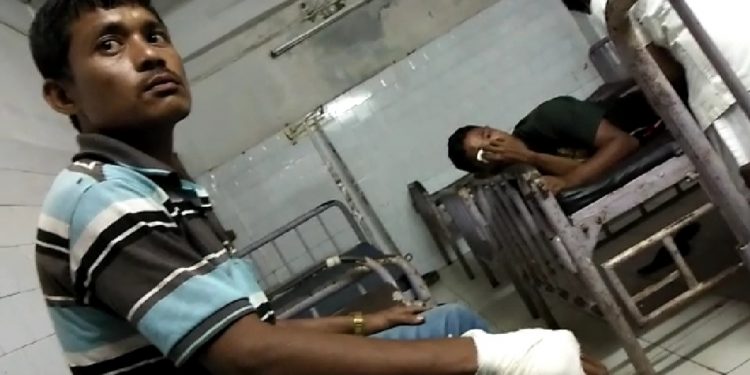 The injured IPFT workers in hospital

Three IPFT supporters were injured on Tuesday in a clash with BJP supporters in Gandachara subdivision during the voting for Tripura East Parliamentary constituency.

The injured IPFT workers have been identified as Natunjoy Chakma, Etaram Reang and Hemandra Reangand who were polling agents of the tribal party.

The injured IPFT workers have been admitted to the Gandachara hospital after they sustained serious injuries in the alleged attack by BJP goons.

IPFT, which has contested the polls separately in both the seats against it alliance partner BJP here viewed that if immediately the state administration does not take action against the culprits who are from the ruling party, the situation may turn worst.

The situation is still quite tense and may take ugly turn at any moment if adequate security measures are not taken.