The funeral procession being taken out.

More than a thousand fans and followers turned up at Navagraha crematorium in Silpukhuri here on Saturday to pay their last respects to legendary Assamese singer Dipali Borthakur, who passed away on Friday.

Earlier, personalities from social, political, literary and film spheres came to pay their last respects to Dipali Baideu, who was popularly referred to as the ‘Nightingale of Assam’.

Earlier, the funeral procession, which was joined by hundreds of people, was taken out from Beltola Saurav Nagar residence of Diplai Baideu at 11 am and his mortal remains was first taken to All India Radio’s Guwahati station for the waiting artists and staff to pay their obeisance. 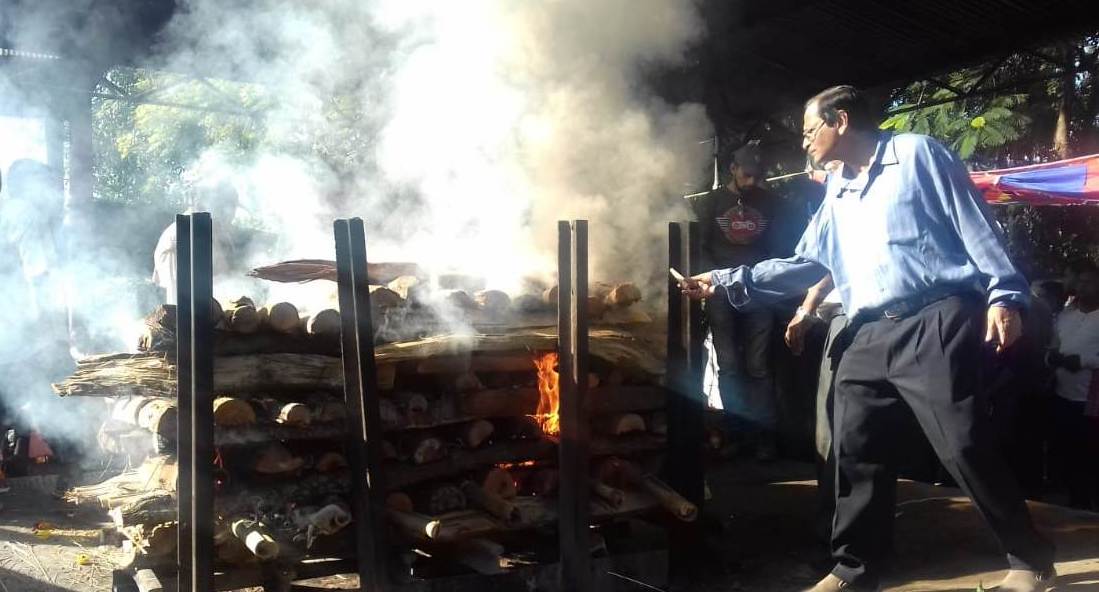 The funeral hearse then passed through the busy MRD Road and headed to Rabindra Bhawn and then to Asom Sahitya Sabha office at Amabari where a large number of people offered floral tributes on the body of the iconic singer.

The body was also taken to Swahid Bhawan, the city office of AASU, before proceeding to Nabagraha. 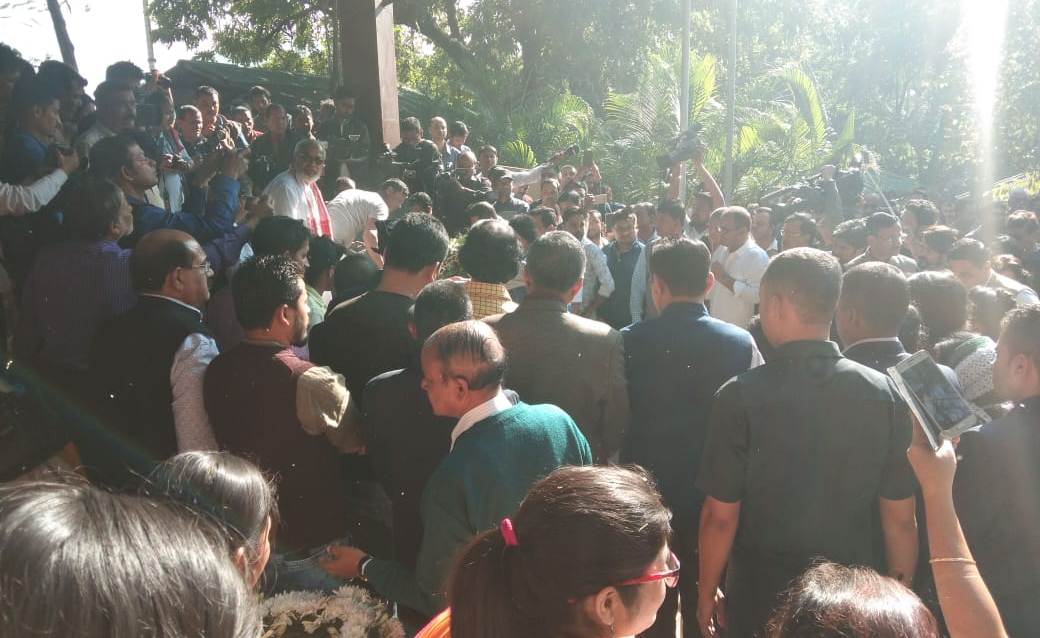 As the traditional bamboo body platform was lowered and placed near the flower bed, there was a rush of people to place who wanted to place wreaths.

Finally, when the body was laid on the specially made pyre made of dry sandalwood, tears rolled down the cheeks of some people present there.