Talks on Assam-Meghalaya border after May 23: Tynsong

CMs of Meghalaya and Assam to sit and discuss all issues related to inter-state boundary, says Prestone Tynsong 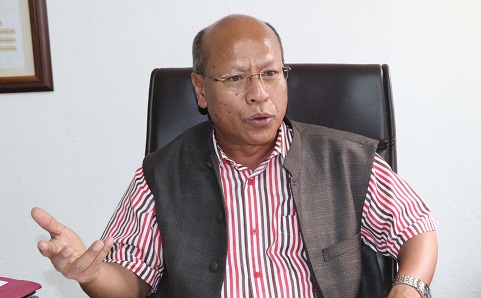 Talks on the inter-state border issue between Meghalaya and Assam will be held after May 23.

Meghalaya deputy chief minister Prestone Tynsong told reporters on Thursday that after May 23, the chief ministers of the two states will sit and discuss all issues so that trouble along the inter-state boundary will not occur again and again.

Tynsong also slammed the opposition Congress for not being able to solve the issue though the party was in power in Meghalaya and Assam for many years.

The move of the Meghalaya government to hold talks with Assam came after a number of tensions prevailed in some areas along the inter-state boundary including the recent incident at Balakhawa in Ri-Bhoi district along the Meghalaya-Assam boundary.

The house of the secretary of Hima Nongspung, Michael Warjri was attacked and he arrested by Assam police.

He termed the incident unfortunate and that Assam police should consult its counterpart before arresting anyone within Meghalaya.

With Assam seeking permission to take up the project, Tynsong said, this shows that area is within Meghalaya, adding that PMGSY is the Central scheme and not the scheme of the Assam government.

“Therefore, whether built by Assam or Meghalaya, construction of the road should be completed for the benefit of people,” he said.