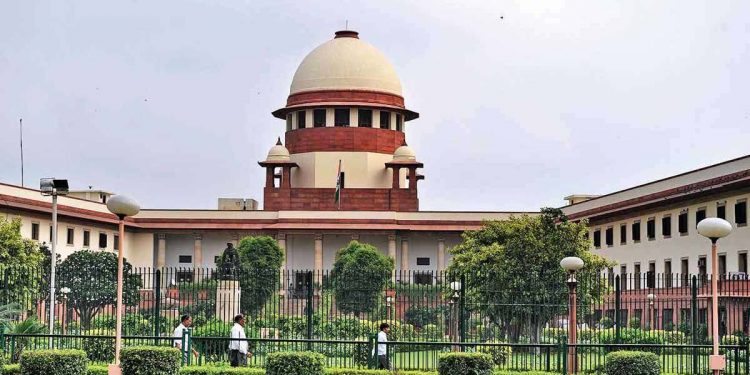 The Supreme Court on Wednesday agreed to examine a plea challenging the constitutional validity of Section 124A (sedition) of the IPC with a maximum penalty of life imprisonment.

The fresh petition against the sedition law has been filed in the top court by Mysuru-based Major General SG Vombatkere.

According to a media report, a bench of the Supreme Court, headed by Justice NV Ramana and comprising of Justices AS Bopanna and Hrishikesh Roy, told advocate PB Suresh, representing the petitioner, will serve a copy of the petition to the Attorney General.

The bench of the top court will conduct a hearing on the matter on July 15, 2021.

On July 12, another bench of the Supreme Court sought response from the Centre and Attorney General on a plea challenging the constitutional validity of the offence of sedition under Section 124A of the Indian Penal Code.

A bench comprising Justices UU Lalit and Ajay Rastogi heard a writ petition filed by two scribes, each from Manipur and Chhattisgarh, challenging the constitutional validity of the sedition law.

The apex court issued a notice to the Attorney General (AG) on the petition on April 30.

During the hearing on Wednesday, AG KK Venugopal and Solicitor General Tushar Mehta, representing the Centre, requested the Supreme Court to grant two weeks to file their responses.

The bench of the top court granted them two weeks’ time and adjourned the matter for further hearing on July 27.

The main writ petition, lodged through advocate Tanima Kishore, has been drawn by advocate Siddharth Seem on behalf of the petitioner journalists Kishorechandra Wangkhemcha and Kanhaiya Lal Shukla.

The petition argues the impugned section clearly infringes the fundamental right under Article 19(1)(a) of the Constitution of India which guarantees that “all citizens shall have the right to freedom of speech and expression”.

The petition said: “The restriction imposed by the section is an unreasonable one, and therefore does not constitute a permissible restriction in terms of Article 19(2) of the Constitution. Hence this petition is filed to humbly pray that Section 124-A be declared unconstitutional and void by this Hon’ble Court and be struck out of the Indian Penal Code.”