Support drums up for Northeast shutdown 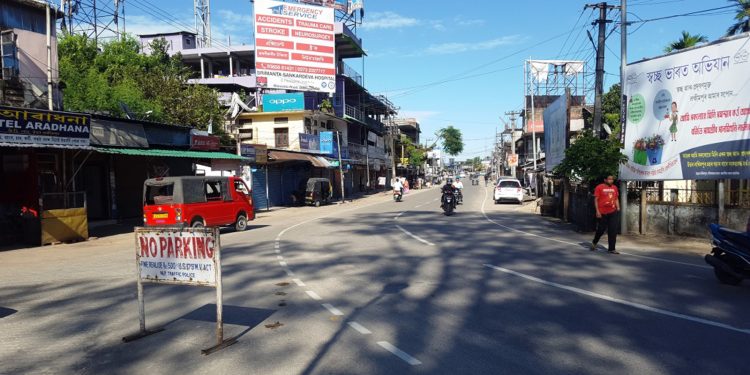 The 11-hour shutdown call given by North East Students’ Organization (NESO) on Tuesday against the the contentious Citizenship (Amendment) Bill (CAB) has drummed up support from various organizations across the region.

The All Naga Students’ Association, Manipur (ANSAM) has resolved to ‘fully’ endorse the bandh on Tuesday, from 5 am to 4 pm, to protest against CAB.

“We stand against the CAB on the ground that the bill is against the interest of the indigenous people of the Northeast region,” ANSAM has said.

“The Central government should understand that the indigenous people of the Northeast are minority on all fronts – ethnically, linguistically and religiously,” it added.

ANSAM added that it supports the stand of the NESO that the Centre should implement the Inner Line Permit (ILP) system in all the states of the Northeast.

ANSAM termed the bill as a politically motivated conception to sponsor ethnic-cleansing of the Northeast by facilitating humanitarian invasion of illegal immigrants.

Mizoram’s apex student body, Mizo Zirlai Pawl (MZP) also accused the BJP-led NDA government of attempting to create a rift among the north-eastern states by trying to exempt some of the areas in the region under the purview of the Bill.

The student body expressed skepticism about the reports that the Inner Line Permit (ILP) areas and Sixth Schedule areas of the north-eastern states would be exempted from the purview of the bill.

Meanwhile, along with constituent members, the MZP on Saturday convened an emergent meeting and unanimously agreed to respond to the bandh call given by NESO across the region on Tuesday.

MZP president, B Vanlaltana said that the student body has agreed to observe strike across the state as a token of solidarity to the people of the Northeast in general and NESO in particular.

The bandh has been called jointly by all student organizations of Assam, Arunachal, Meghalaya, Nagaland, Mizoram, Manipur and Tripura.

The Assam jamiat Ulema led by Badruddin Ajmal has also extended its support to the bandh call against CAB on Tuesday.