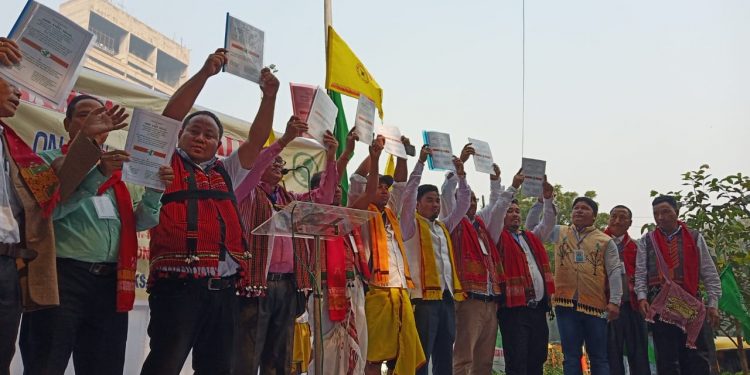 Along with social organizations from Karbi Anglong and Dima Hasao districts of Assam, ruling Bharatiya Janata Party (BJP) and Congress workers also participated in a hunger strike at Parliament Street in New Delhi on Tuesday to press for the demand for early implementation of Article 244 (A) of the Constitution for creation of autonomous state within the State of Assam for the Karbi Anglong and NC Hills.

The organizations demanded that the issue be tabled in the ensuing Winter Session of Parliament. The hunger strike began from 11 am and ended in the evening.

President, Karbi Riso Adorbar, Bimang Kro said, “The Autonomous State is a longstanding demand of the people and the Central government should be serious on it. This time the demand should be taken up in the winter session of parliament.”