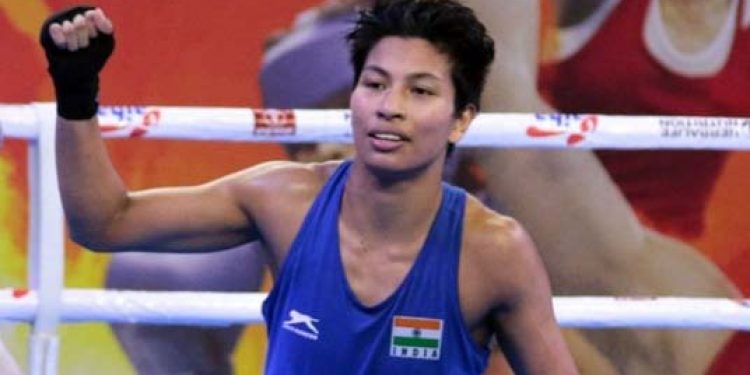 Assam boxer Lovlina Borgohain (69 kg) entered the semifinal of the 70th Strandja Memorial Boxing at Sofia in Bulgaria on Sunday.

Borgohain won the quarter-final match of the event with a robust display by defeating Brazil’s Soarez Beatriz 5-0.

With the win, Borgohain has assured the first medal for the women boxers of India.

Twenty-one-year old Lovlina Borgohain, who hails from Assam’s Golaghat district, brought laurels to the state and the country by winning bronze medal at the 2018 AIBA World Women Boxing Championships held in New Delhi.

According to reports, Brazilian boxer Soarez Beatriz had no answer to Borgohain’s attacking game as she secured her place in the top four.

Meanwhile, on Sunday, Asian Games gold medallist Amit Panghal started the season on a strong note as Indian boxers packed enough power into their punches to assure themselves of five medals in the 70th Strandja Memorial Boxing at Sofia, say media reports.

While Panghal assured a semifinal berth and medal after a closely contested 3-2 win over Nazar Kurotchyn from Ukraine in the 49kg category, the Indian women pugilists too guaranteed four medals at the end of the third day at the tournament.

Young boxer Manju Rani, who served Bonati Roberta of Italy, thrashed her with a unanimous 5-0 verdict.

Manju is the current national champion in 48 kg category and she sealed her berth in the semfinal of the event.

Nikhat Zareen (51kg), a former world junior champion, lived up to the expectations by outsmarting Buryam Yana of Belarus 5-0.