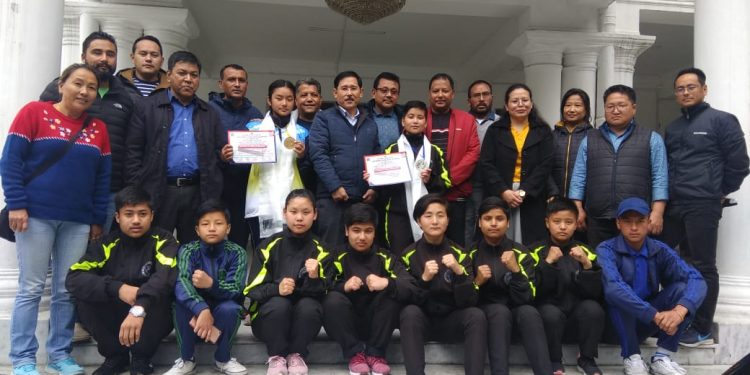 On the occasion, sports & youth affairs department secretary Dr RK Tamang congratulated the medal winners and other members of the state team who joined the championship.

It may be mentioned that the championship was held at Golaghat with an aim to provide a platform to the budding players.

The boxing championship was organised under the aegis of the All Assam Amateur Boxing Association and it saw participation of young boxers from almost all the states of the northeastern region.

Northeastern region is a powerhouse of boxing talent and the region has given the country some of the best sparring sportspersons.

In the filed of sports, the contribution of the northeastern region is exemplary as many players each year bring innumerable laurels to the country.