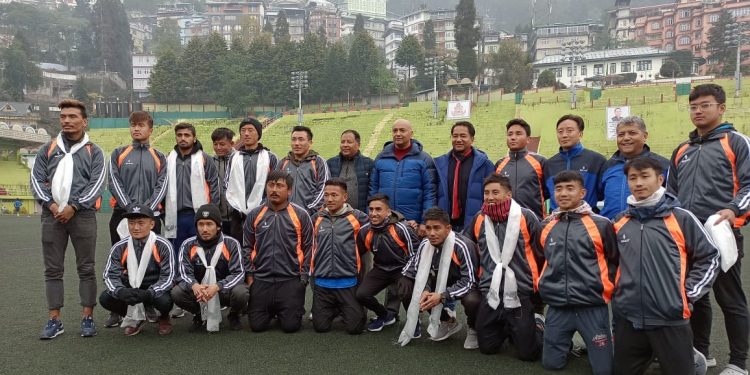 A 19-member team has left on Saturday to represent Sikkim in the T Ao Northeast Football Championship 2019.

The football tournament is being held from January 18 to 28 at IG Stadium in Nagaland capital Kohima.

Sikkim has been placed in Group-B along with Assam, Meghalaya and Mizoram for group stage.

The team has been led by Sanjay Chettri as team camp and has also been accompanied by Arjun Rai as team manager and Mayal Dok Lepcha as team coach.

During a see-off programme at Paljor Stadium, secretary to Sports & Youth Affairs Department, Kuber Bhandari expressed his best wishes to the state team members for the championship.

He also handed over track-suits and jerseys to the team members.