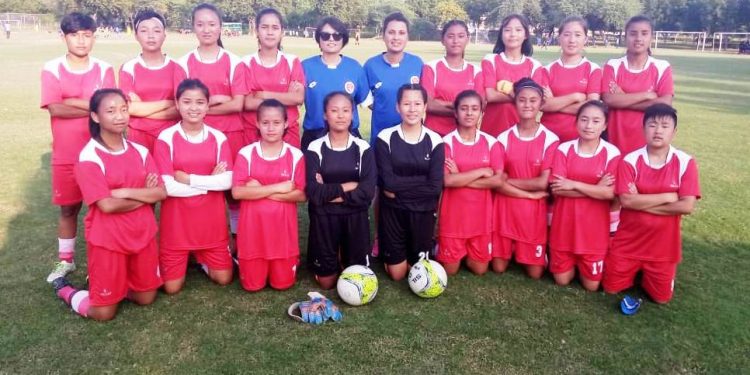 Sikkim has shown its strong presence in the 65th National School Games U-17 Girls Football Championship 2019-20 at Hukumchand Public School in Ajmer of Rajasthan.

Sikkim has thrashed Vidhya Bharati 15-0 in its first qualifying match on Tuesday morning.

Again in its second qualifying match in afternoon itself, Sikkim has humbled IPSC 6-0.

Sikkim U-17 girl’s team has now been qualified for the next round of the tournament.

An eighteen-member Sikkim team accompanied by the coach, Pema Lhamu Lepcha and manager Dhan Kumari Sharma left on October 17 last for the tournament.

The team has been sent by Department of Sports & Youth Affairs to the tournament.

Sikkim was placed in group E along with Vidhya Bharati and IPSC for the qualifying round.