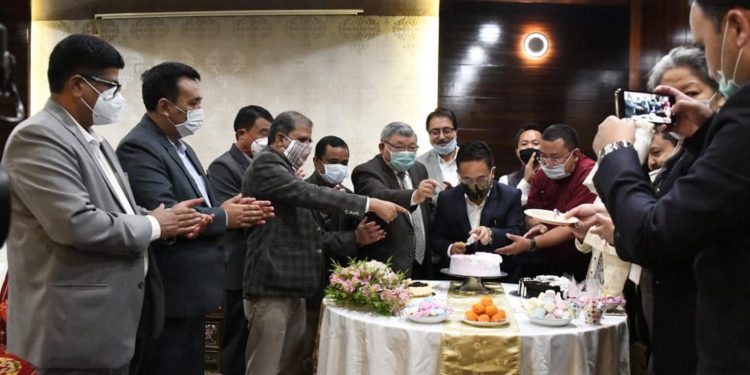 The SKM formed the government in Sikkim on May 27 last year by dethroning Sikkim Democratic Front (SDF), who ruled for 25 years on the trot.

On the occasion, a simple function was held at Samman Bhawan in Gangtok, which was chaired by Chief Minister Prem Singh Tamang.

In his short address, the CM thanked the people and said they were instrumental in bringing SKM into power.

He also urged his council of Ministers, MLAs and the party cadres to work tirelessly and serve the people of Sikkim with utmost care, concern and compassion.

He expressed that the government believes in zero enemy policy and do not believe in political witch hunt but working together for the overall development of Sikkim and her people.

The CM thanked all COVID-19 warriors for their commendable job and efforts in this pandemic situation.