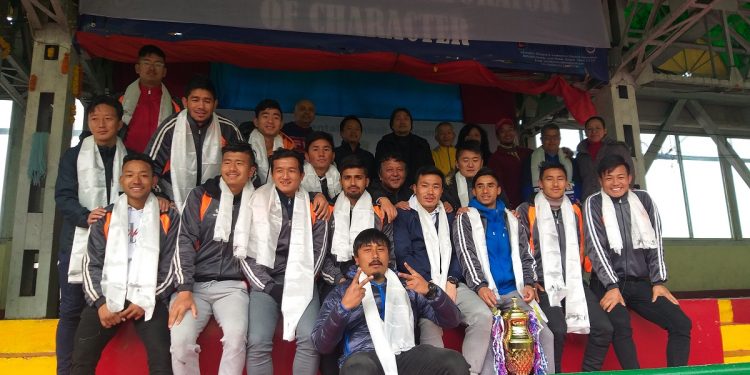 Sikkim emerged as the runners-up in the championship after going down to Mizoram by a solitary goal in the final match.

Sikkim’s goalkeeper, Urgen Pintso Sherpa was awarded as the Best Goalkeeper and Klip Namgyal Barfungpa was adjudged as the Best Midfielder of the tournament.

On the occasion of the valedictory function of Winter Coaching Camp at Paljor Stadium on Friday morning, forest minister, Karma Loday Bhutia and political secretary to the chief minister, Jacob Khaling along with secretary to Sports & Youth Affairs Department, Kuber Bhandari and other officials congratulated them for their performance in the tournament by offering khadas.

Sikkim team coach, Mayal Dok Lepcha expressed his happiness and satisfaction on the state team members for their impressive performance throughout the tournament and in defeating strong teams of the region.

He stated the camp organized by Sports & Youth Affairs Department for the state team before leaving for the tournament also helped the team members to perform better in the tournament.