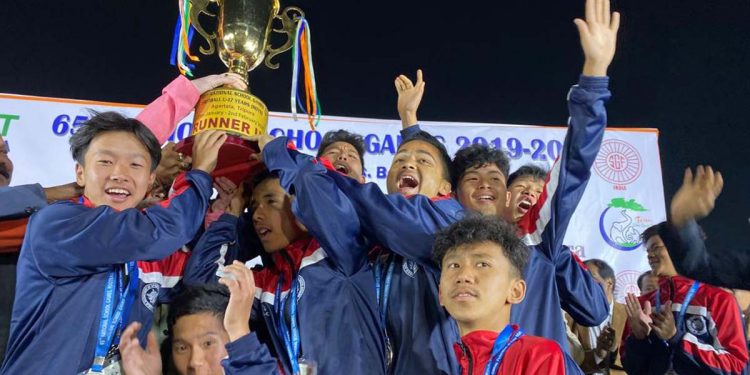 Sikkim emerged the runners-up of U-17 Boys Football in the 65th National School Games 2020 held at Agartala, the state capital of Tripura.

In the contesting final match played under floodlights at Umakanta Stadium, Agartala on Sunday evening, Sikkim went down to Tripura by a solitary goal.

Earlier, in the semi-final match played at TSS Ghat playground, Agartala on Sunday morning, Sikkim defeated West Bengal by a lone goal in the extra-time.

Ongda Lepcha of Sikkim has received the Highest Scorer trophy for scoring 10 goals in the National School Games 2020.