Sikkim chief secretary SC Gupta visited the check posts at Rangpo and Melli, and the quarantine facility established at State Institute of Rural Development, Karfectar in South Sikkim on Saturday.

He was accompanied by officers of the State Task Force and District Task Force along with joint secretary to the government of India and central nodal officer for COVID-19 in Sikkim, Puneet Kansal.

The chief secretary took stock of the preventive measures being carried out at the two check posts.

He interacted with the medical teams at the borders, the officers and staff of line departments assisting the District Task Force. 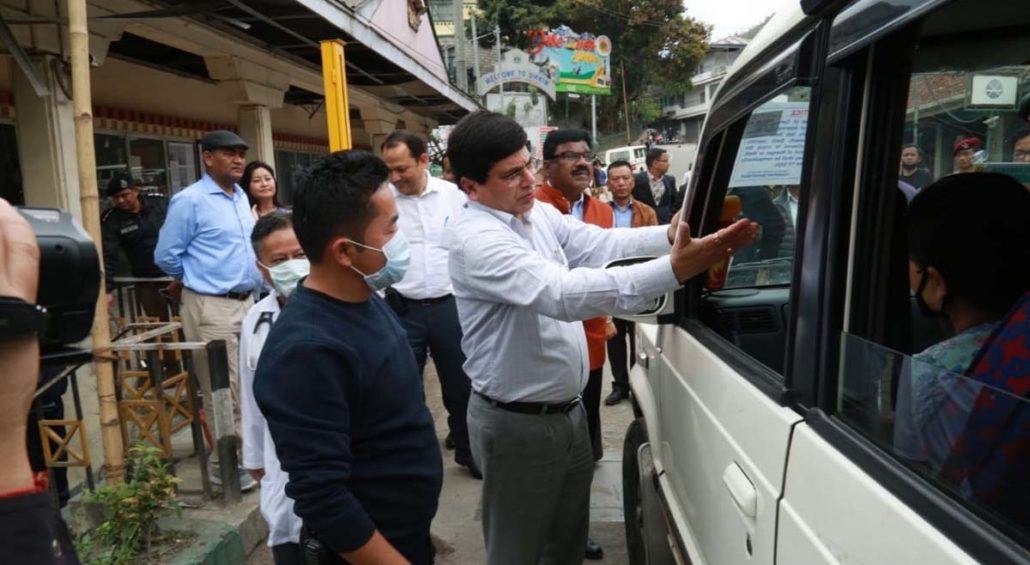 The Sikkim chief secretary expressed satisfaction at the arrangements being made at the quarantine facility, screening of commuters, mechanism of filling up the self-declaration forms, and hygiene and sanitation facilities.

He was informed that the Rangpo Taxi Drivers Association and Members of Sai Samiti came forward on Saturday to volunteer and assist the District Task Force in several ways.

They distributed hand sanitizers and masks to commuters and general public and shared preventive messages for prevention of COVID-19.

The chief secretary lauded the efforts of the District Task Force in streamlining the activities at the borders. 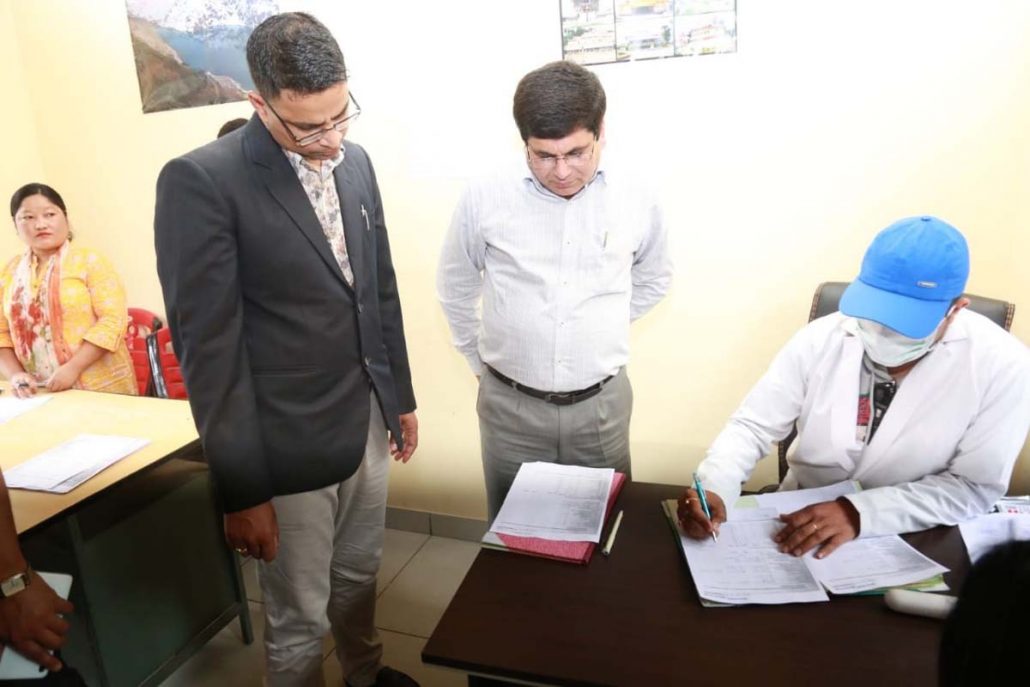 He appreciated the enormous efforts put in by the medical team at Rangpo and Melli.

He was informed that the vehicle load had considerably reduced Saturday.

He assured the team of full support from the State Task Force whenever required.

The chief secretary appreciated the coordinated effort of SDM Rangpo and his team.

He also took stock of the arrangements in place and congratulated the team of officers and staff of SIRD for their prompt action.