Before the airport, St. Xavier’s gave Pakyong its identity

Before finding a place on the aviation map of India, Pakyong, for decades, was well-known for its renowned educational institution

Thirty kilometers south of Gangtok, the small scenic town Pakyong, nestled at the foothills of Himalayas, is currently synonymous to Pakyong Airport, the 100th commercial airport of India which is, arguably, one of the most stunning airfields of the world.

Carved right out of the majestic Himalayan Mountains, the green-field airport stands upon the valleys of Pakyong town located in the East district of Sikkim. However, contrary to popular belief, the airport is not the only foreground that makes Pakyong popular.

The hill town boasts of a rather illustrious past being home to St. Xavier’s School, which is one of the oldest missionary schools in the country.

Ranked as one of the top two schools in Pakyong in the 1990s, the school has an impressive alumni list too with the likes of celebrated footballer and Padmashri awardee Bhaichung Bhutia and Anil Kumar Yadav, an acclaimed scholar who is enlisted in the Limca Book of Records for holding 17 post graduate degrees.

“Anywhere you go in Sikkim, you are sure to find one successful Xavierian,” says S Balaji, Computer Science head of St. Xavier’s.

A senior teacher who has been associated with the celebrated institution for three decades talks about the rather humble beginning of the school way back in 1952, when the Roman Catholic school had started with the vision to impart quality education to the Sikkimese population.

The school, which is affiliated to Certificate of Secondary Education (ICSE) and Indian School Certificate (ISC) 2019, is focused on educating children from the rural belt of Sikkim.

“It’s been the vision of St. Xavier’s from the very start to take the opportunity to enroll children from the rural belt and give them quality English medium education,” notes Balaji. 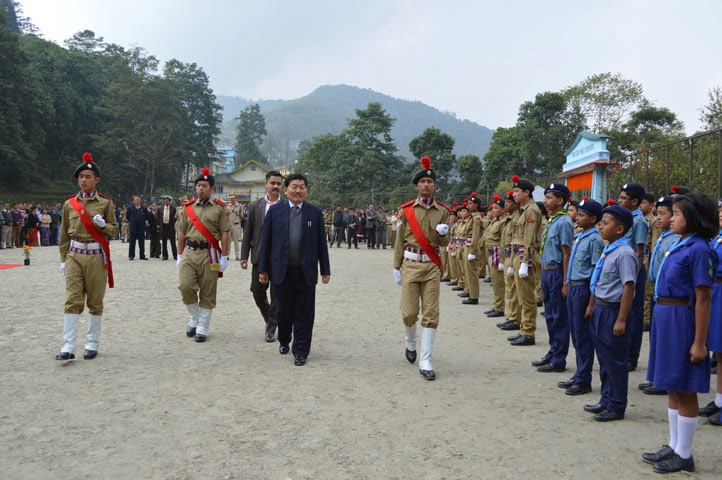 Most of the children of the school at present hail from villages in Pakyong and the surrounding areas. Many of them are from families that have very little educational background.

St. Xavier’s has continually worked towards and has been successful in building up a fairly good academic standard.

For close to 70 years, St. Xavier’s has earned itself the reputation of rendering top quality education, a fact which is evident from its impressive list of alumni holding well-established as well as outstanding professional positions in every possible arena.

“Most of the executive level officers in the Sikkim government are Xavierians,” informs Balaji.

“Almost every department in the Sikkim government is run by an alumnus of St. Xavier’s. Be it doctors, engineers, bureaucrats, technocrats or legal luminaries, St. Xavierians today are shining in every field in Sikkim and beyond,” he further adds.

St. Xavier’s which celebrated its diamond jubilee year in 2013 invited chief minister of Sikkim Pawan Kumar Chamling as the chief guest for the closing ceremony of the event.

In the occasion, Chamling acclaimed the school to be one of the most renowned and reputed educational institutions of the state.

The school also has many students studying under the chief minister’s meritorious scholarship.

“The identity of Pakyong is strongly tied to St. Xavier’s. Well before the famous airport, Pakyong was known solely for St. Xavier’s,” says Francis X Banerjee, principal of St. Xavier’s.

Banerjee states the institution attracts students from various parts of the country other than Sikkim alone.

From being the first school in Sikkim to provide English education, St. Xavier’s has clearly achieved several other academic milestones, one amongst them being bagging the first Computer Literacy award by the Government of India in 2005.

Aside from the long-existing reputation of top quality education, another point of attraction that makes St. Xavier’s stand out is the ‘rare, quiet ambience’ of the school.

“The school is settled far away from the maddening crowd and has abundant scenic beauty,” notes Banerjee.

The school’s lush green and nature-oriented ambience also earned it the Green School award from the government of Sikkim, the first private school of Sikkim to have earned it in the year 2015.

“Maintaining the environment and nature is what we are perpetually committed to,” says Banerjee. “We make sure to keep the school area clean as well as plant more and more trees to sustain the natural beauty,” he adds. 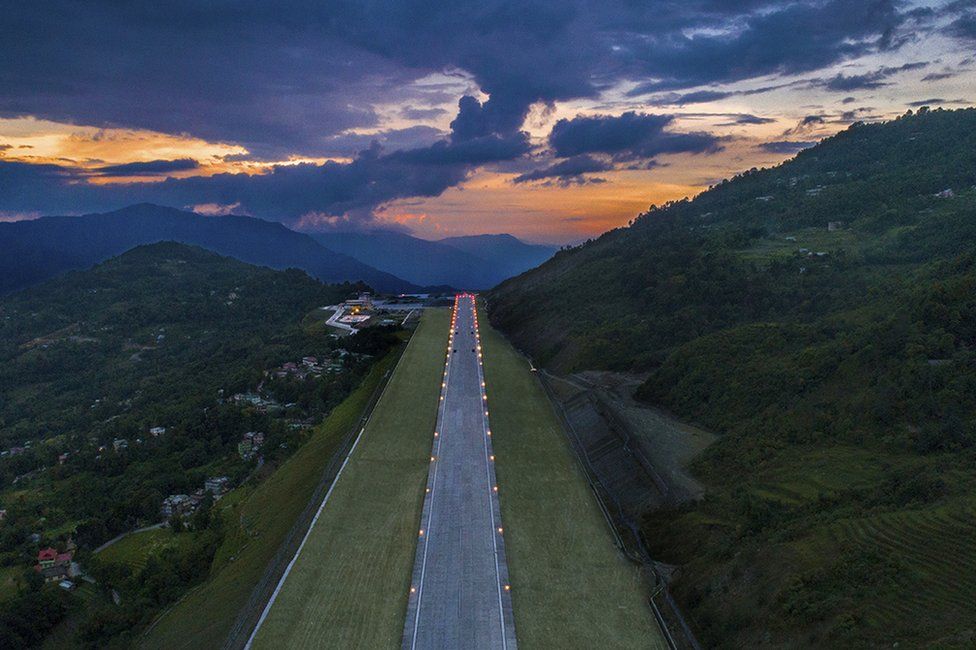 Natural beauty is what is found in abundance in Pakyong, a breathtaking glimpse of what one will be offered upon flying down to the strikingly gorgeous airport.

Indian photographer Rajiv Srivastava has tried to capture the exact vibe of this piece of Himalayan heaven in his alluring photographs of the airport.

However, the captivating images of endless natural splendour surrounding Pakyong Airport is only the tip of the iceberg and provides enough impetus for one to explore this lesser known Sikkim destination.

The extensive pristine natural beauty of Pakyong has led tourisms experts to turn it into an environment-oriented tourism hub.

Following some simple steps, tourism aficionados found a smart and convenient way to tap on Pakyong’s natural reserve while maintaining the natural vibe of the place.

“What we did was turn the local houses into several homestays which provide really affordable but quality accommodations that visitors can avail while enjoying their stay in and around Pakyong offering endless tourist attractions,” explains Basant Gurung, President, Gnathang Machong Ecotourism Development Cooperative Society.

One such extraordinarily charming homestay is the highly-rated Yaakten Village Homestay which makes the most of Pakyong’s exotic Himalayan allure.

“The village is surrounded by the exotic backdrop of lush pine trees with a slew of good quality accommodations for about Rs 1000-1200 per day,” adds Gurung.

The picturesque albeit sprawling homestay, Yaakten Village, is just one of the local houses-turned-homestays in and around Pakyong. 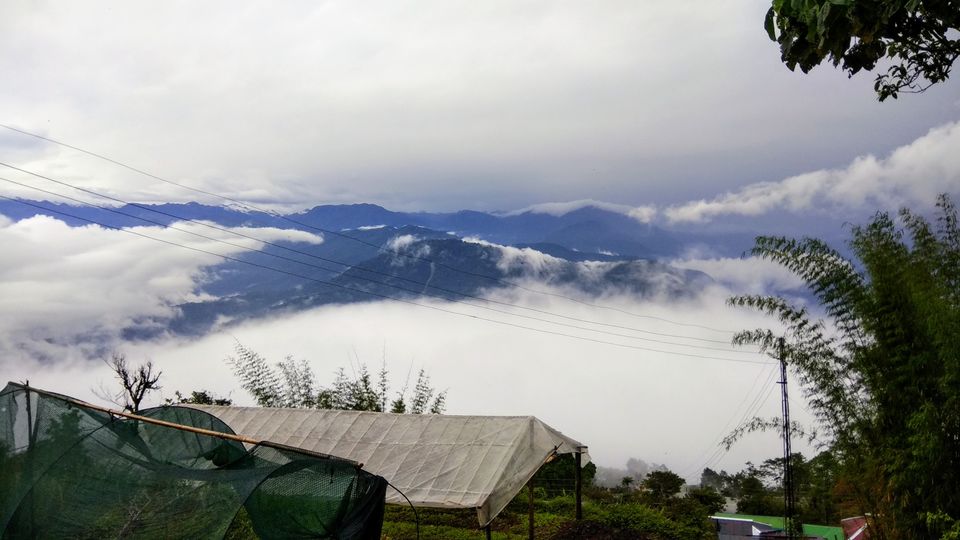 “Pakyong has several quality homestays which are all old, traditional houses converted into homestays. One such prominent homestay in the town is Alpine Homestay,” says Sandipan Majumdar, a travel writer from West Bengal who has written extensively about tourism of Sikkim.

“I was invited and had the opportunity to join the Yaakten Tourism Festival in Pakyong which was inaugurated by chief minister Pawan Chamling in the year 2015,” notes Majumdar.

“Yaakten Village which is situated 3 kilometres away from Pakyong will surely erase any doubt anyone has about what kind of accommodation a traditional-home-turned homestay can possibly offer and leave them blissfully surprised,” he asserts.

“Built uniquely in the hilly terrain of the area, Yaakten promises affordable quality accommodation along with a unique experience,” points Majumdar.