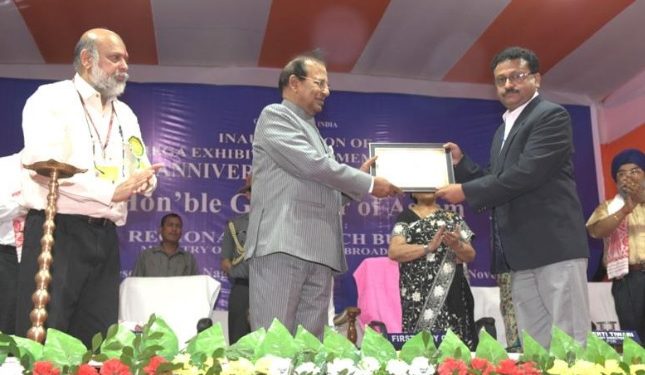 Ministry of Information & Broadcasting, North East Zone has honoured Shovan Kumar Mitra for his extraordinary service and dedication to shoulder responsibilities beyond the mandate of his service.

Mitra, the Press Information Bureau (PIB) official from Gangtok, was one amongst nine such officials from North East Zone to receive the certificate of appreciation.

In his nearly three decades of service in Press Information Bureau, Mitra has spent almost the entire tenure in Sikkim barring one and half year short stint in Kolkata.

He has developed special bonhomie and rapport with the local scribes ensuring publicity materials of importance from Government of India get due space in almost all forms of media published or broadcast from Sikkim.

His role has been more conspicuous during the visit of officials and leaders from the Centre to liaison with the local journalists and ensures that all necessary resources are made available to them for wider publicity.