A mountaineering expedition to Mount Khangchengyao, located at an altitude of 6889 meters above sea level in North Sikkim, is being undertaken by the soldiers of the Trishakti Corps from September 29 to October 8.

The 18-member team lead by Major Ankit and Captain Sanyam Sharma was flagged off on September 20.

A deeply respected and revered peak by the locals in Sikkim, Mount Khangchengyao is known as the Male Deity, as per folklore. 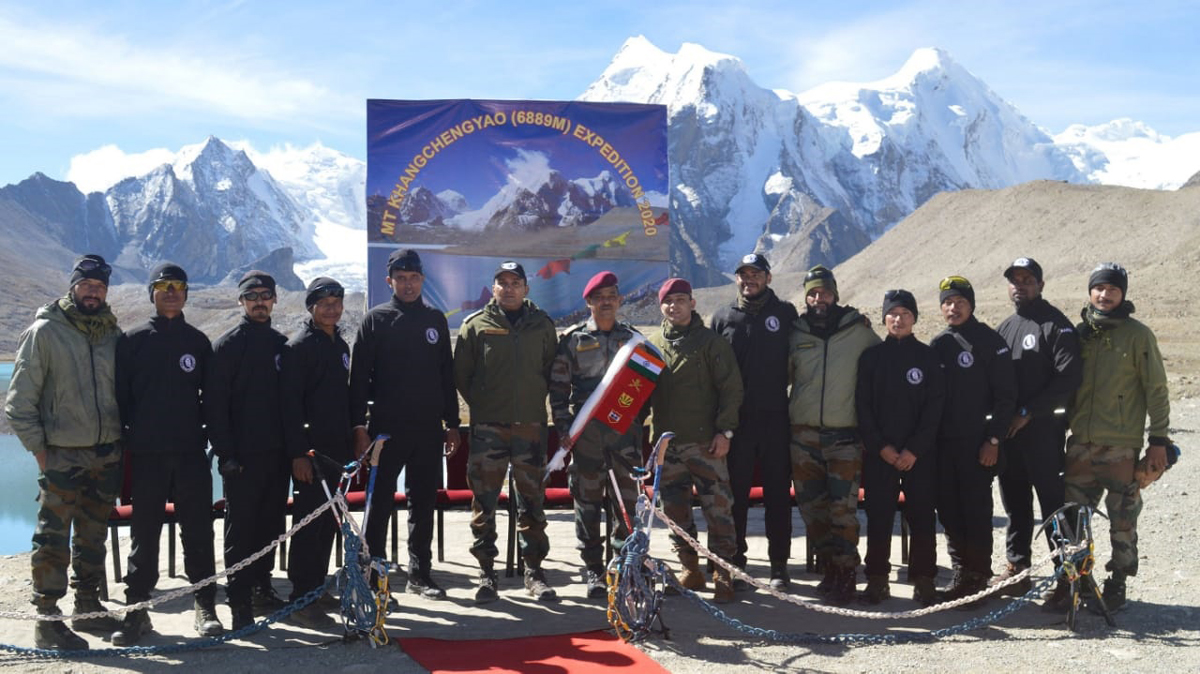 A highly experienced team has been shortlisted and trained for the expedition which requires sheer determination, and team spirit.

The team will establish Base Camp and Advance Base Camp tentatively by September 30.

The expedition plans to summit Mount Khangchengyao somewhere on October 7 or October 8.