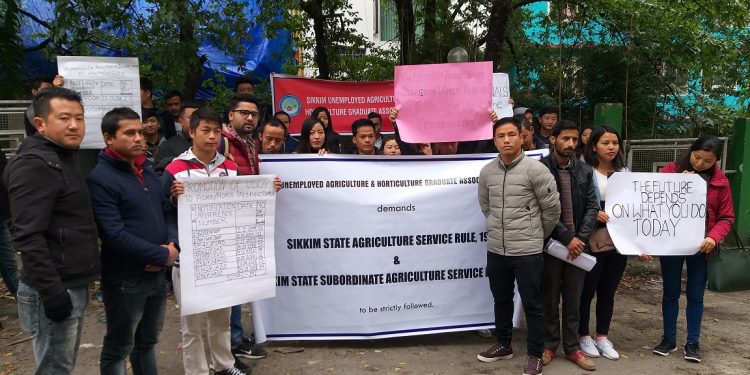 Sikkim Unemployed Agriculture and Horticulture Graduate Association (SUAHGA) has taken out a rally to press its eight-point demands in Gangtok on Saturday.

Before the rally, representatives of the association have also submitted a memorandum on their demands to the secretary of the department at Krishi Bhawan.

The association has demanded to take out the notification on these two demands within three days of the submission of the memorandum.

He clarified that the association has not been asking for jobs but has been demanding the service rules should be followed strictly and to create post for agriculture and horticulture graduates.

He added that these initiatives of the association would secure the future of juniors who have been pursuing degree in agriculture and horticulture.