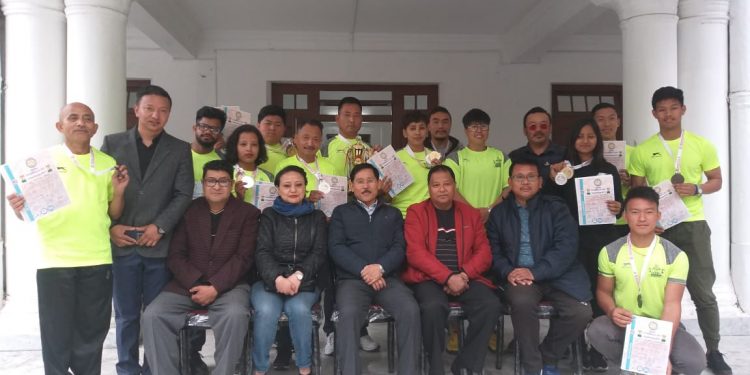 The championship was held recently at Lovely Professional University, Phagwara in Punjab.

A young member of the state team, Kalzang Sangay Bhutia, also set a new national record of 162.5 kgs in sub-junior category in the championship by breaking the old record of 150 kgs.

It has been learnt that two lifters, Kalpana Chettri and Sheikh Meeraj, also sat for the national referee examination in the championship.

In a small function here at White Hall complex on Saturday afternoon, SSLA felicitated the team members for winning medals and laurels for the state. The function was chaired by sports & youth affairs department secretary, Dr RK Tamang as the chief guest.

In his address, the chief guest congratulated the team members for their outstanding performance to win medals and laurels for the state.

He also congratulated the association for bringing out so many lifters from the state in the national and international levels in a short span of time. He urged association and sportspersons to take the full advantages of facilities, support and assistance to go to higher level in their respective field.