SDF alleges based on survey, SKM and its supporters have levelled serious charges and allegations against SDF president president and chief minister Pawan Chamling 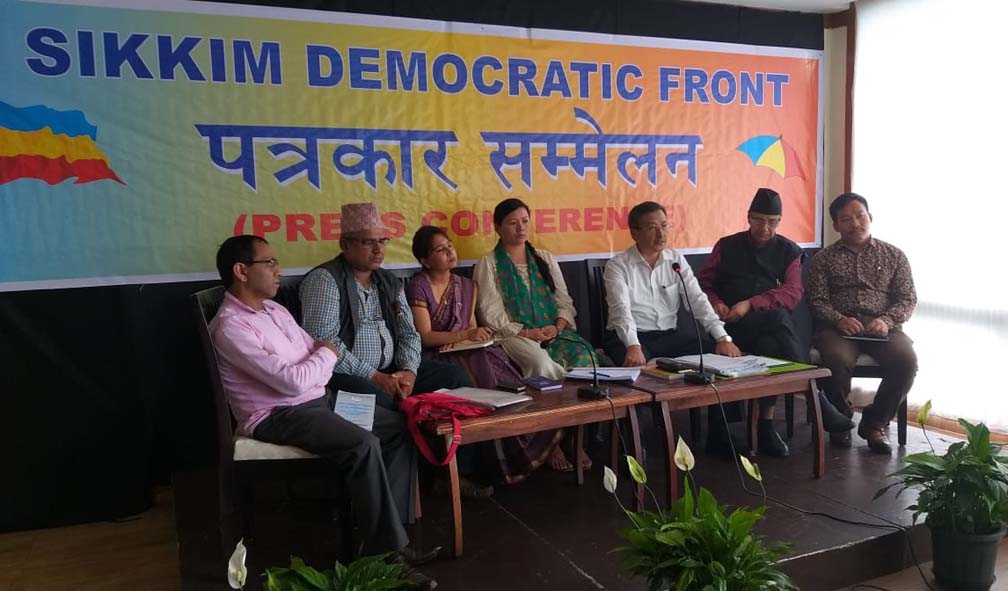 Sikkim Democratic Front (SDF) on Wednesday stated that the recent survey on the ongoing general elections which was conducted by some university students in Sikkim has raised some suspicion and speculation in the minds of certain sections of the people.

The ruling party stated that on inquiry from various sources by the SDF party it has been informed that the above mentioned survey was initiated by an independent social science research organization by the name of Centre for the Study of Developing Societies (LOKNITI-CSDS) which is based in Delhi and the same was conducted through some of the university students in Sikkim under the supervision of some professors of the university in Sikkim.

SDF spokesperson, K T Gylatsen said, “Though the polling process was completed on April 11, the fact remains that the election process is yet to be completed and the Model Code of Conduct is still applicable in the state of Sikkim.

The SDF party is of the firm view that by conducting such forms of survey or academic research works by the students as stated above during the ongoing elections is highly objectionable and violates the very norms and rules of the Model Code of Conduct.

He added that it was very unfortunate to note that in the absence of correct information and without proper verification about the said survey conducted by the university students, the Sikkim Krantikari Morcha (SKM) party and its supporters have levelled serious charges and allegations against the SDF party and its president and state chief minister Pawan Chamling for the involvement in the said matter which was circulated through the social media.

“The SDF party strongly condemns such allegations levelled by the SKM party and the same are totally baseless, concocted and without substantial evidence or proof,” he expressed. He stated that in this matter, abusive and unparliamentarily words have been uttered by some of the supporters of the SKM party against Chamling, which were highly objectionable, undemocratic and condemnable.

He further clarified that the SDF party was not in any manner whatsoever involved directly or indirectly in the said survey which was conducted by the students under the guidance or supervision of the professors or lecturers of the university.