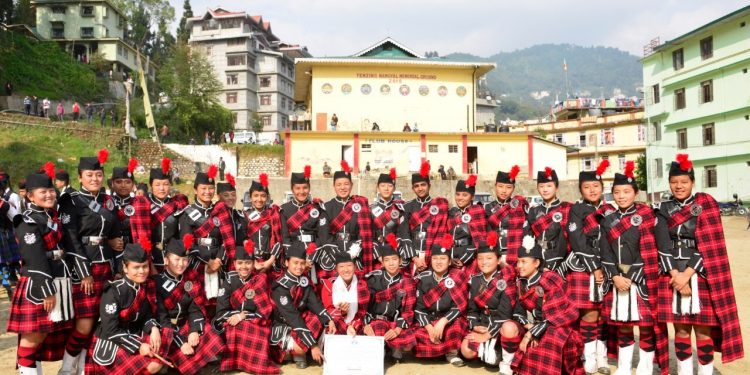 The state-level Inter School Band Competition 2018 has witnessed the enthusiastic participation of bands from different schools at West Point Senior Secondary School playground in Gangtok of Sikkim on Saturday.

The competition was organized by the State Project Office, Samagra Shiksha Human Resource Development Department, Government of Sikkim with an objective to inculcate the spirit of patriotism and unity amongst school students by performing in the band.

The tunes of the band were based on patriotic songs, classical and folk tunes.

The prize money of Rs 5,000 to first position, Rs 3,500 to second position and Rs 2,500 third position were awarded along with certificates to the winners.

The programme has HRDD Director (Accounts), HP Sharma as the chief guest and was accompanied by SPD State Project Officer-cum-Director Primary Education, Bhim Thatal among other dignitaries.