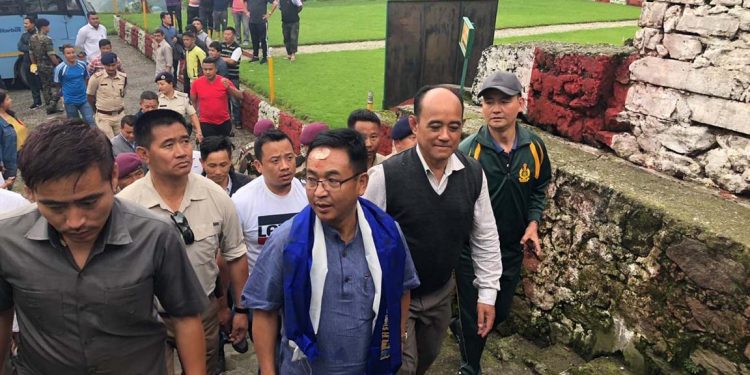 He offered prayers on behalf of the Sikkimese people for the peace and security of Sikkim.

He also interacted with the monks and assured of all possible support to the monastery.

The new Tripura CM also made a surprise visit to the Rongneck Central Jail on Sunday and took stock of situation there and also enquired about the well-being of the jail inmates.

He was welcomed by the jailer Vinod Tamang.

The CM assured of providing all possible support from the state government.

Chief Minister Tamang said his government would extend necessary help for carrying out repair of the jail and providing gym facilities.

Later in the day, the members of Sikkim Women’s Council called on the CM.

They also informed about the various activities which are being carried by the council and briefed the CM about the areas where they focus such as women empowerment and other social causes.