Sikkim: BJP holds crucial meet with HSP to ‘work together’ for ‘benefit’ of Sikkim 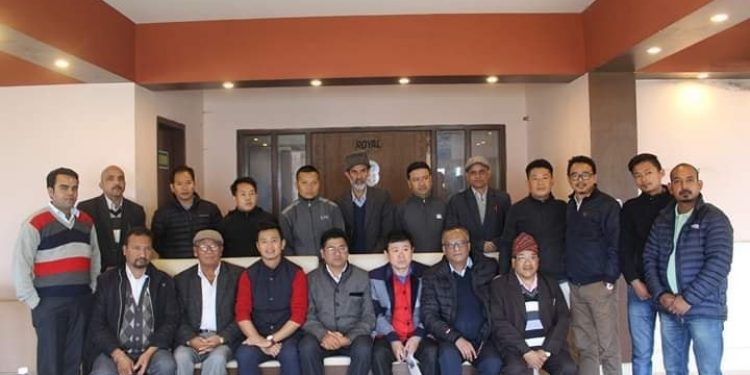 A meeting between leaders of Hamro Sikkim Party (HSP) and Bharatiya Janata Party (BJP) state-unit was held at HSP party office in Gangtok, the capital of Sikkim on Saturday.

It has been known that around two-hour long meeting between a regional party and a national party has mainly discussed extensively on the present political scenario in Sikkim and possibilities to work together for the benefit of Sikkim in the coming elections.

In the meeting, HSP vice president, Bhaichung Bhutia stated that the meeting was held at the initiative of BJP. He mentioned that Hamro Sikkim Party made its stand clear that until BJP would not break its alliance with Sikkim Democratic Front party in NEDA and NDA it was not possible for BJP to work together with any regional party. He stated that HSP was ready to work together with BJP in case of breaking its alliance with SDF party.

He also mentioned that the party was ready to work with any other party as well in the interest of the people of Sikkim.

Likewise, BJP state president Chauhan mentioned that a long discussion was took place in the meeting regarding possibilities for the alliance. He added to take the demand of HSP to the high command of the party.