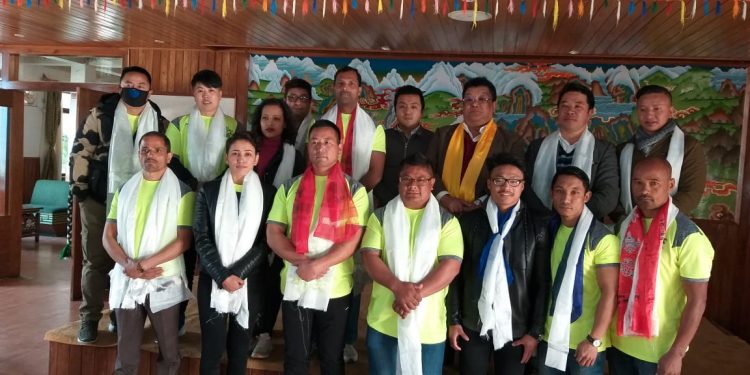 Eleven strength lifters from Sikkim have been selected in Indian team to represent the country in the upcoming the 7th edition of International Strength Lifting & Incline Bench Press Championship 2019.

It will be held from 17-20 January at Karmazari, Pench in Madhya Pradesh.

It is a matter of great pride for the State strength lifting fraternity and the people that eleven athletes from Sikkim have secured place in the Indian team.

It is for the first time three Sikkimese women strength lifters will represent India in the international event. The state athletes are leaving on 16 January to join the national team.

In a small function, Sikkim Strength Lifting Association [SSLA] congratulated all shortlisted players and expressed its best wishes for the competition.

Likewise, SSLA president TD Denzongpa mentioned that strength lifters from Sikkim have been doing exceptionally well in the national and international level in a very short period.

A woman strength lifter, Ranju Sundas, who is in India team, expressed her happiness on three women from Sikkim to have been shortlisted for the first time. “It is a matter for pride for us to represent our country in the prestigious international championship. We will give our best to clinch medals for the country,” she said.