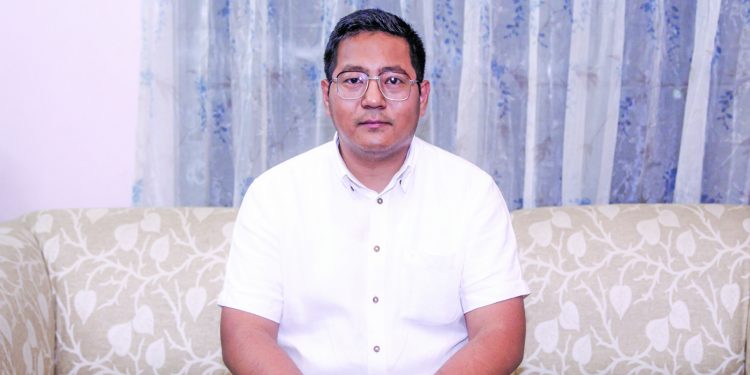 Longkumer was elected in the fourth session of the 13th Nagaland Assembly which got underway on Tuesday.

Election to the deputy speaker was necessitated following resignation of Zhaleo Rio from the post.

Opposition Naga People’s Front (NPF) did not field any candidate for the post.

An advocate by profession, 37-year-old Longkumer from Ungma village in Mokokchung district won the byelection to Aolenden Assembly constituency recently.

Nagaland chief minister Neiphiu Rio and leader of Opposition T.R. Zeliang congratulated Longkumer on his election as the deputy speaker of the 13th Nagaland Assembly.

Both the leaders described him as young and energetic with requisite qualification to hold such a coveted post.

They urged him to discharge his duties and responsibilities to the best of his abilities without fear or favour.

On the first day of three-day session, the Assembly discussed the Register of Indigenous Inhabitants of Nagaland (RIIN) and the inner line permit (ILP).

During the Assembly session, it was decided to continue the deliberations on the two issues on the last day on August 8.

The House also gave assent to the election of the deputy speaker, introduction of the Nagaland Protection of Interests of Depositors (in Financial Establishments) (Amendment) Bill, 2018 and Amity University Nagaland, Act 2011 (Repeal) Bill, 2019.

A copy of the 95th Report of Committee on Government Assurance (6th session of the 12th Nagaland Legislative Assembly) was also presented.