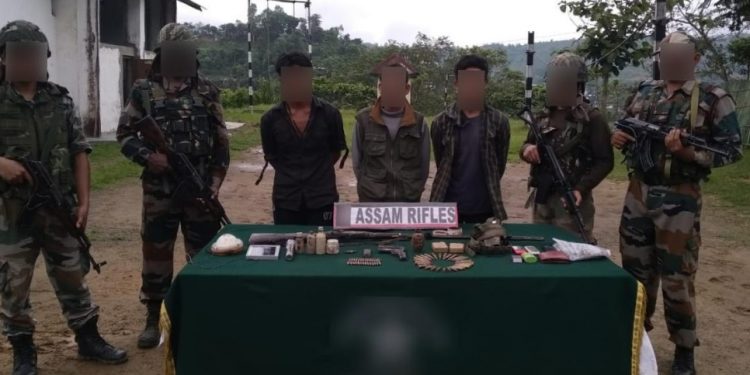 The security forces have nabbed a self-styled major general of Naga rebel outfit National Socialist Council of Nagaland (Khaplang) along with four other cadres of the outfit from Aboi-Mon road in Nagaland.

Army officials said the arrested rebel leader has been identified as Yanghang alias Mopa and he was allegedly involved in the ambush of 40th Assam Rifles soldiers in May.

“He was apprehended from Aboi-Mon road in Nagaland, along with four others of NSCN (K) of Yung Aung faction,” said an Army official.

A huge cache of arms and ammunition including AK series rifle and 9 mm pistol, mobile three handsets, a torchlight, some medicines and some incriminating documents were found on them.

On May 25, two Assam Rifles personnel lost their lives after their AR convoy in Mon area along the Indo-Myanmar border in Nagaland was attacked by a group belonging to NSCN (K).