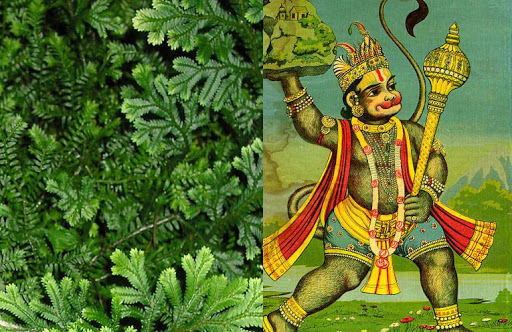 The Uttarkhand Forest department has recently claimed to have found a herb similar to Sanjeevani Booti, the mythical plant that is mentioned in the Hindu scripture Ramayana.

As per a report in The New Indian Express, the research unit of the Uttarkhand forest department found the plant in Jauljivi area of Pithoragarh district.

The samples of the plant will be sent to Lucknow’s National Botanical Research Institute for further research.

It may be mentioned that Uttarkhand’s Ayush department had in 2016 formed a committee to search for the mythical Sanjeevani herb.

“The Dronagiri range of the Himalayas will be scoured in the search of the herb, the discovery of which is bound to be difficult as even Lord Hanuman had not been able to identify it and had to uproot the entire Dronagiri mountain and bring it all the way to Ravana’s Lanka,” Surendra Singh Negi, the state’s Ayush minister in 2016, had said at the time.

According to the Ramayana, Lord Hanuman flew to Dronagiri Hills from Lanka in order to search for the Sanjeevani herb for uring Lord Ram’s brother Lakshman who had been injured by a celestial weapon of Ravan’s son Meghanad.