Saffron surge on; BJP gets 14 of 25 Lok Sabha seats in Northeast 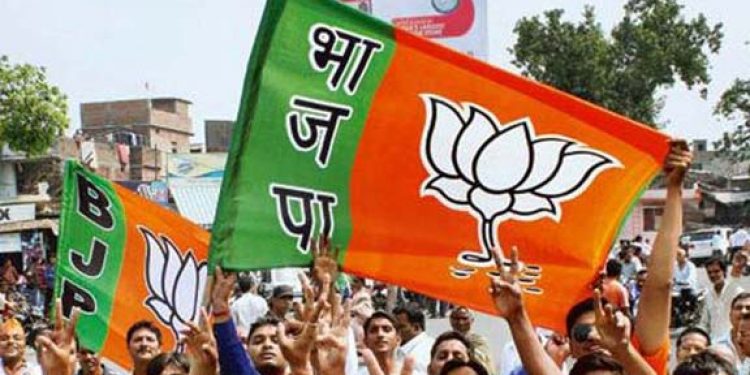 While the saffron party lost its stronghold Nowgong seat to Congress, it snatched Autonmous council and Silchar Lok Sabha seats, which were Congress’ forte.

The Opposition Congress on the other hand managed to retain the Kaliabar seat and wrestled Nowgong and Barpeta Lok Sabha seats which were held by BJP and AIUDF respectively in the past.

The AIUDF led by Badruddin Ajmal in Assam could retain the Dhubri Lok Sabha seat while it lost Karimganj seat to the BJP. The Kokrajhar Lok Sabha seat in Assam is retained by sitting Lok Sabha MP, Naba Kumar Sarania, an Independent candidate.

Assam Chief Minister Sarbananda Sonowal termed the mandate as a historical one and said that it is the visionary leadership of Prime Minister Narendra Modi that led to the victory.

“I am immensely grateful to the people of Assam for their unwavering love & support towards PM Shri @narendramodi ji and his vision of #NewIndia.

Congratulations to all @BJP4India karyakartas. This vote is the result of your hard work & dedication,” said Sonowal in a tweet.