This was the 13th such exercise conducted at an interval of three years at the world heritage site which is the primary natural habitat of the one-horned rhino.

Earlier, an orientation camp for those involved in the process was held at the centenary celebration auditorium of the Forest Department office at Kohora range on Sunday. 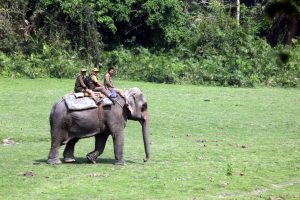 The rhino census was attended by Forest Department officials from various ranges across the State, representatives of several NGOs and members from the media.

According to officials, as many as 40 elephants and 17 SUVs were pressed into service during the two-day exercise.

He further said the entire process was completed without any untoward incident.

Notably, compared to previous occasions, the officials had a tough time in the process as the grasslands were not burnt down this time creating difficulty in spotting the rhinos.

All the relevant documents have been assimilated at the Forest Department office at Kohora. 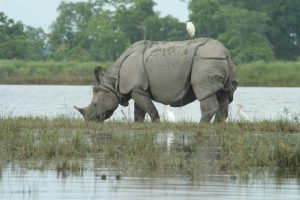 After going through the documents, the technical committee headed by Principal Chief Conservator of Forests, Utpal Bora will present the final report of the count of rhinos found during the census this year.

Notably, the first systematized rhino census in the national park was conducted way back in 1965 where it was found that 366 rhinos were residing inside the park in that year.