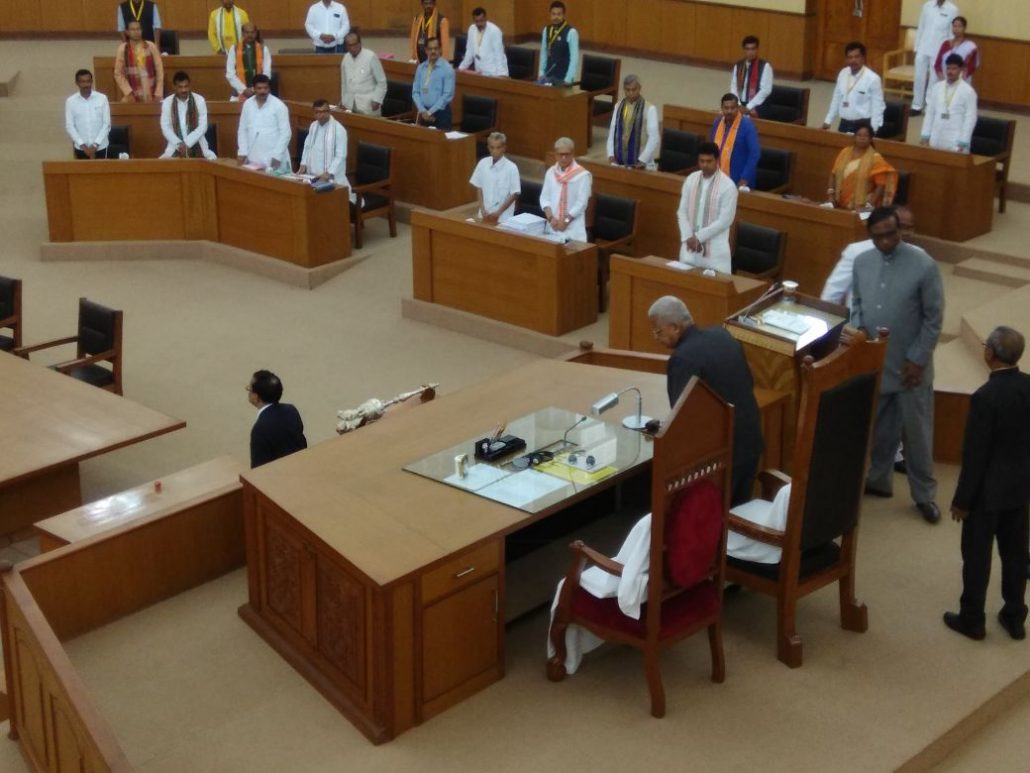 In a surprise move, Rebati Mohan Das was unanimously elected as the Speaker of Tripura Legislative Assembly as the first session of the Chief Minister Biplab Kumar Deb led government begins on Friday.

Earlier, the name of Dr Dilip Das was doing the rounds in the Bharatiya Janata Party (BJP) state unit for the post of Assembly Speaker, but surprisingly Rebati Mohan Das got elected on Friday.

Meanwhile, the first session of the 12th Tripura Legislative Assembly began on Friday with the Governor Tathagata Roy delivering his customary speech on the first day.

This is the first session of the newly elected BJP-IPFT government comes to power dethroning the 25 years Left Front government.

Governor Roy in his speech said that the newly elected government will give priority to the agriculture sector and double the income of the farmers in five years’ time by not only increasing the production with better seeds, fertilizer and introducing modern scientific methods of farmers but also assure 1.5 times the cost of production.

Roy also said that besides improving the service sectors like health, education and basic amenities like safe drinking water, home to all under various state and central schemes, the government shall also provide employment through skill development.

The Governor further said the government shall revive the horticulture sector through harnessing the potentiality of the famous Queen variety of pineapple and the famous oranges of Jampui.

The Governor said the government will endeavour to preserve and revive the water bodies through desilting of water bodies and ensure irrigation to farmers.

He further said the linguistic and socio-economic condition of the tribal people shall be assured besides making Kakborak mandatory in school in Tripura Tribal Areas Autonomous District Council (TTAADC) areas. Roy further said all weather roads to all habitats especially in tribal areas will be maintained in the State.

Roy also said business relationship with Bangladesh shall be harnessed.

While stressing on safety and security for women through setting up of women police station, the Governor also said considerable stress will be given on women empowerment through promotion of self help groups.

Stressing on financial inclusion, especially for the poor section, the Governor said the government will provide land to landless.

Stressing on zero tolerance towards corruption, Roy also said the Tripura Lokayog Act will be strengthened and a single window system will be put in place for speedy service to the people. 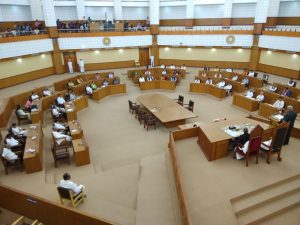 While maintaining accountability and transparency in government the sector, the Governor said that digital services will be encouraged with e-governance services.

Roy stressed on attracting IT companies to the state for creating employment.

He also said a film and television institute will be set up in Tripura and maximum emphasis will be laid on local art, culture and the same will be promoted by the government.

The Governor further announced that the government will come up with a master plan to tackle flood and erosion and that the public distribution system to be restructured and Food Security Act will be implemented more effectively.