NE cultural information centre comes up in Delhi, thanks to NEC 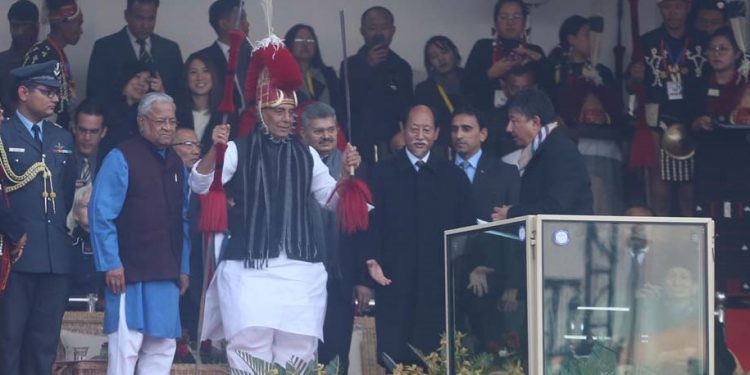 Addressing the inaugural function of the Hornbill Festival at Kisama near Kohima, Singh said the centre would also have facilities for promotion of tourism, a common facility centre, library, knowledge and resource centre in the national capital.

“This centre would facilitate dissemination of knowledge about the rich cultural heritage of the Northeast,” he stated.

Stating that the forces of change are inevitable and will not wait for anyone, Singh said the challenge of the day was to grasp and muster these forces.

“The main drive this is our youths. Our challenge is to make them capable enough to be the master of our better tomorrow.”

In this regard, Singh stressed on creating conditions where the creative and entrepreneurial potential of the youths is unleashed to the optimum.

He stated that the Union ministry of health and family welfare had sanctioned Rs 300 crore to Nagaland to set up its first medical college while the NEC allocated over Rs 49 crore for setting up a North East Regional Multi Disciplinary Paramedical Institute in Dimapur.

Calling Nagaland the gateway to the South East Asia, Singh said the North East  region was the pivot of the Centre’s Act East Policy.

He said the Centre was determined to build and improve connectivity and engagement with South East Asia  and mentioned that India was having the best of relations with Myanmar.

“Today, India and ASEAN are partners in growth. The story of this growth will be written by our youths of the northeastern region,” he added.

Singh described the Hornbill Festival as one of the spectacular events showcasing the rich ancient culture and civilisation of the people of Nagaland. “This spectacular demonstration of unity in diversity is what India is all about,” he stated.