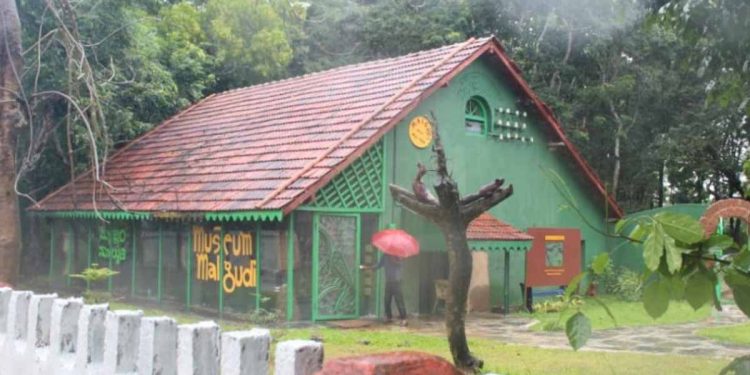 Recreating the scenes from the epic Doordarshan series ‘Malgudi Days’, the South Western Railway (SWR) zone’s Mysuru Division has created a museum themed on the series at one of its stations.

Informing this to the media, an official said that the old dilapidated Arasulu station building, which is a few meters away from present station building has been restored and recreated as Museum Malgudi.

It may be recalled here that Malgudi Days was filmed in these environs during the 80s.

As part of the museum, the railway zone has created neighbourhoods similar to the ones featured in the famous serial.

One of the houses features an elephant-shaped skeleton gate with a compound wall made out of metal bars salvaged from railway tracks.

Likewise, another structure in the museum sports paintings of the main characters from the serial, along with the images of a peacock and a life-sized tiger replica.

A kitchen from the Malgudi Days has been created for the museum, including a street and neighbouring houses.

A makeshift railway coach named as Malgudi Chai has also been arranged, including some more images of animals.

Elements and themes from the Indian Railways have a major influence on the entire museum.

Malgudi Days was adapted from RK Narayan’s famous novel by the same name.

It was set in the fictional town of Malgudi in South India.