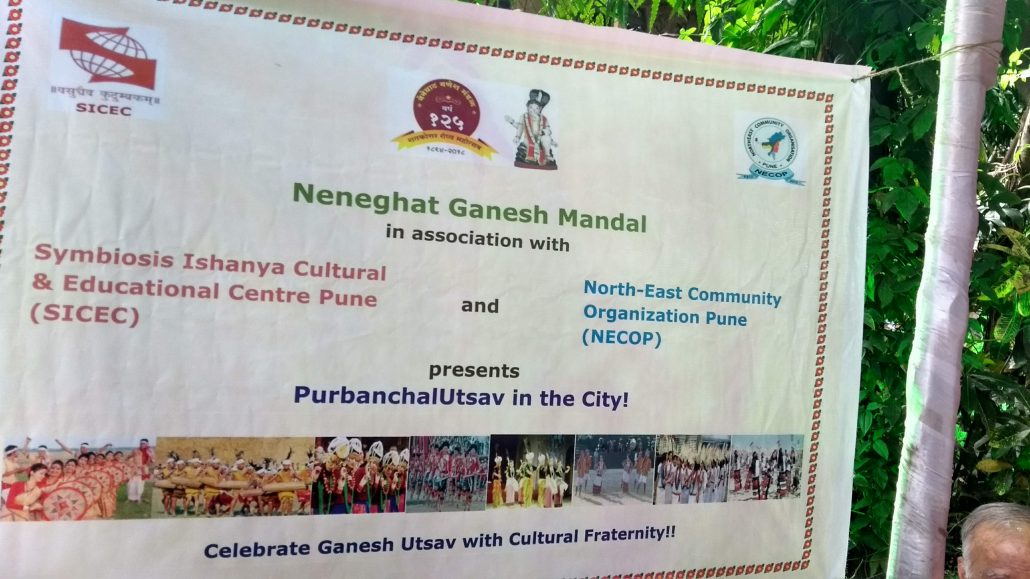 Pune based Neneghat Ganesh Mandal, which is celebrating its 125th anniversary this year decided to dedicate the evening of September 15 to the Northeast.

The Mandal in association with Symbiosis Ishanya Cultural and Educational Centre (SICEC) and North-East Community Organization Pune (NECOP) had organized Purvanchal Utsav in their mandal premises at Shaniwar Peth area of Pune.

Shantaram Balwant Mujumdar, founder and president of the Symbiosis Society was the chief guest of the event.

Speaking about the significance of the Ganesh Utsav and the underlying feeling of brotherhood and unity, Nitin Joglekar, vice president, Neneghat Ganesh Mandal said, “Our main intention was to bring different communities together and celebrate this holy festival as one single entity. We had found out that not too many people in the city were aware of the Northeast and its cultural diversity. Hence we decided to organize this event which would not only spread the feeling of unity and brotherhood and also introduce people to different cultures”.

SICEC has been working tirelessly for the Northeastern diaspora in Pune for the past four years. It has been catering to the different needs of the students and professionals who leave their homes and come to Pune for academics and work.

The event was attended by various people from the Northeast.

The event had representatives of different northeastern states who had presented their culture and heritage in front of the audience.

Representatives of states like Arunachal Pradesh, Tripura, Meghalaya, Assam and Sikkim had prepared power point presentations that gave the audience an insight into their respective states along with other vital information.

Other cultural aspects included a Bihu performance by Assam Enajori, Pune and a Xattriya dance performed by students of Dr Devika Borthakur, a renowned Xattriya dance instructor based in Pune.