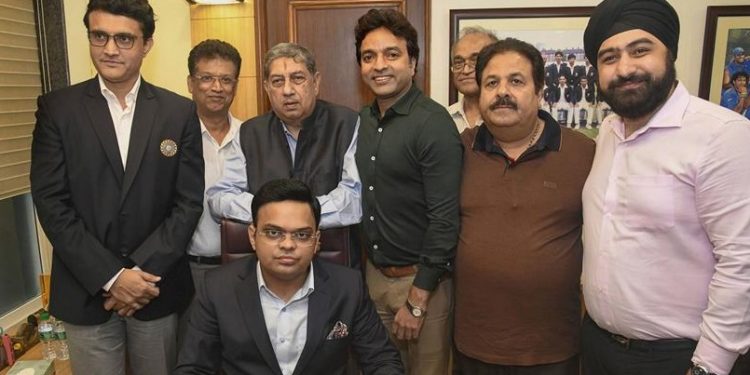 The picture says it all.

In this country, seniority counts not by age or posts but by whose son you are.

In this recent photograph after former Team India captain Saurav Ganguly took charge of the richest cricket control board of the world, Jay Shah is seen sitting while all the others were standing.

Jay Shah, son of Amit Shah who needs no introduction, is sitting alone to pose for this photograph when the new president of Board of Control for Cricket in India (BCCI) Saurav Ganguly is standing.

Is it that just because you are the son of the national president of BJP, you deserve a chair while others are standing?

Is it below the dignity of the son of union home minister to stand along with others to pose for a photograph?