Awed by the beauty of the bridge and scenic beauty of the location, the Prime Minister walked some distance on the brand new bridge waving to people gathered for the landmark event.

After dedicating the bridge to the nation at a ceremony at Bogibeel on the South Bank of Brahmaputra River, the Prime Minister traveled on the bridge under heavy security to Kareng Chapori on the north bank of the river.

Awed by the beauty of the bridge and scenic beauty of the location, the Prime Minister walked some distance on the brand new bridge waving to people gathered for the landmark event. He then got into an open jeep for some distance even as his security convoy followed him.

Earlier, the Prime Minister was accorded warm welcome at his arrival in Mohanbari Airport by Governor of Assam Prof. Jagdish Mukhi and Chief Minister Sarbananda Sonowal along with the Chief Secretary Alok Kumar and state Director General of Police, Kuladhar Saikia. 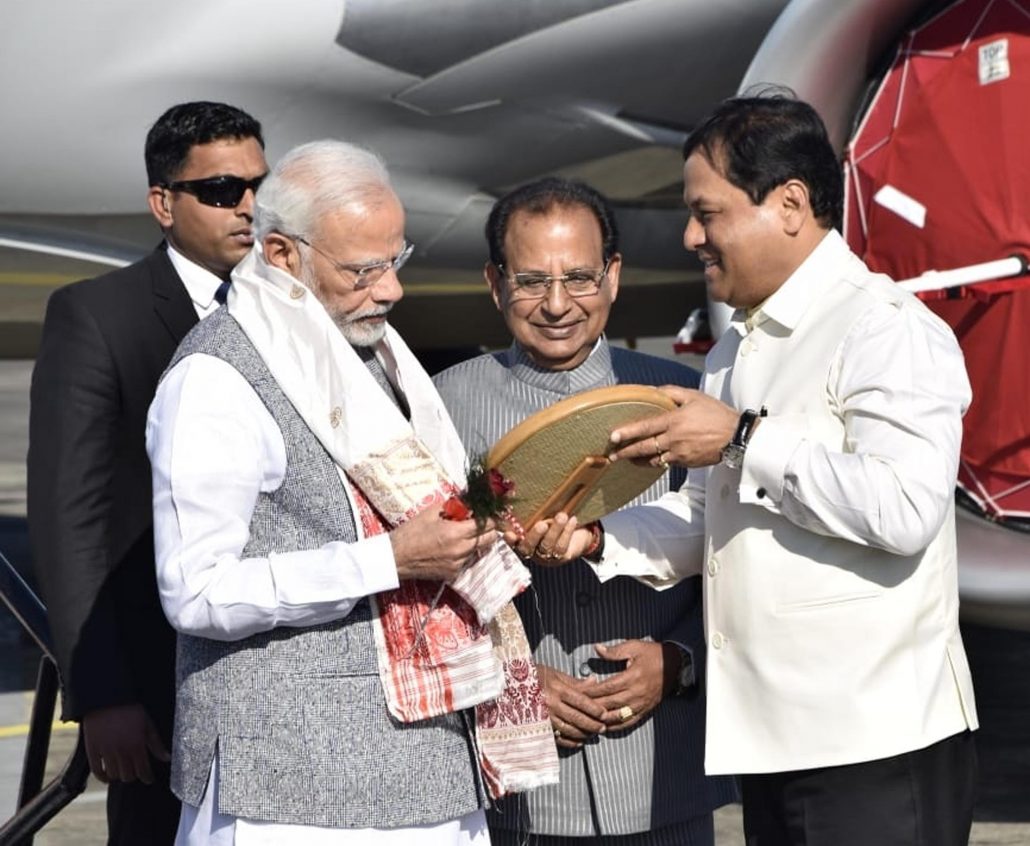 The rail-road Bogibeel Bridge over the River Brahmaputra in Assam is set to revolutionise the surface communication for the people living in far flung areas of eastern Arunachal Pradesh and remote areas of districts of Lakhimpur and Dhemaji in Assam on the north bank of Brahmaputra.
The longest Rail-cum-Road in India is of 4.94 km length.

The double-decker bridge has two railway lines on the lower deck and a three-lane road on the upper, strong enough to withstand movement of heavy military tanks and earthquake over the magnitude of 7 in Richter Scale. The project has been completed at a cost of Rs 5,920 crore.

The strategically important bridge that will be of immense utility value in respect of swift movement of defence personnel and equipment to parts of the eastern frontier in the time of need.

The starting point of the bridge on the south bank of Brahmaputra River is at Bogibeel located about 17 Km downstream of Dibrugarh city in eastern Assam. Constructed for Double Line BG Track and three-lane road, this bridge will be the lifeline of Northeastern part of the country and will facilitate connectivity between North and South Banks of the River Brahmaputra in the Eastern region of Assam and Arunachal Pradesh.

A senior official in the Northeast Frontier Railway (NFR) informed that the Bridge will also enhance the national security of the eastern region of India by facilitating swift movement of defence forces and their equipment.

The Bogibeel Bridge Project is a part of Assam Accord 1985 and was sanctioned in the year 1997-98. The foundation of the project was laid by the then Prime Minister of India, H D Deve Gouda on January 22, 1997 and inauguration of work commencement was done by then Prime Minister, Late Shri Atal Bihari Vajpayee on April 21, 2002.

The rail link connects two existing Railway networks running at South bank and North bank of river Brahmaputra. The rail link starts from Chalkhowa Station and Moranhat Station at South Bank and joins in between Sisibargaon Station and Siripani Station of Rangiya – Murkongselek section at North Bank through the Bogibeel Bridge. 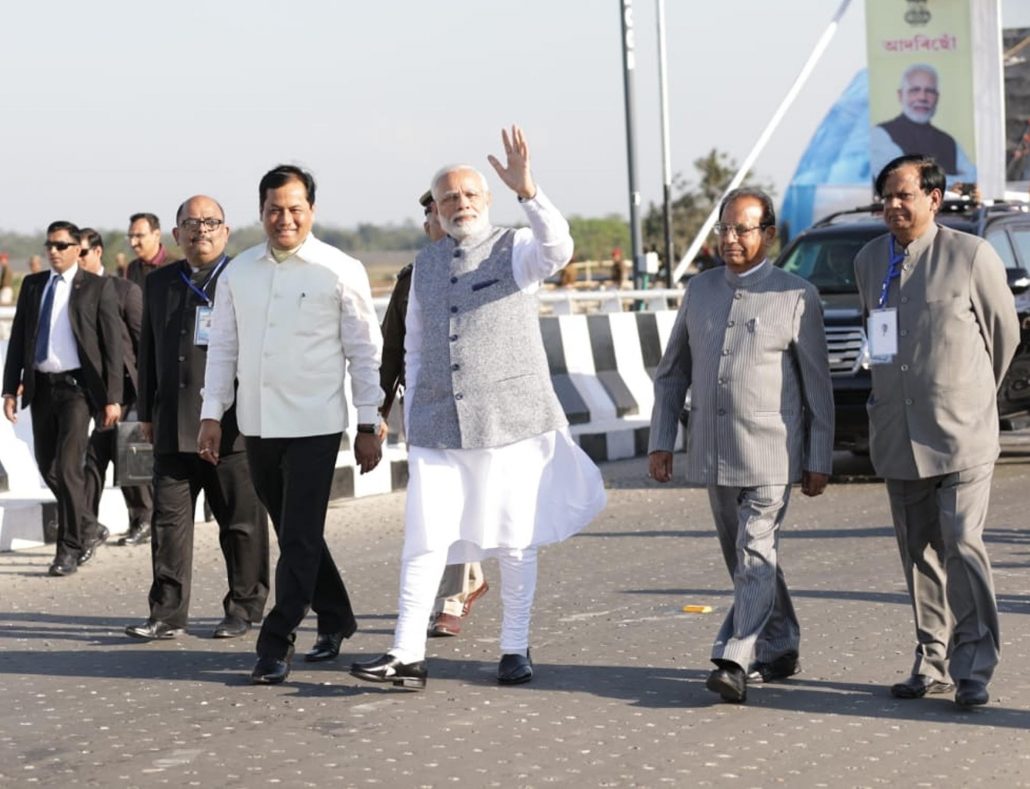 The Super-structure of Bogibeel Bridge has been executed by M/s HCC-DSD-VNR Consortium, Mumbai. Two fabrication sheds with capacity of about 2500 MT per month were set up for fabrication of girder components.  State-of-the-art machinery and welding equipment were used for execution of welding work.

The Prime Minister Narendra Modi is also flagging off Tinsukia-Naharlagun Intercity Express, which will run five days a week.

The 14-coach chair-car train will depart from Tinsukia in the afternoon and leave from Naharlagun the next morning,” a Northeast Frontier Railway spokesperson said.

The bridge will cut down the train-travel time between Tinsukia in Assam to Naharlagun town of Arunachal Pradesh by more than 10 hours.

The railways have reduced the distance between Dhemaji and Dibrugarh from 500 kms to 100 kms with the completion of the project.

The bridge and the train will be a boon for the people of Dhemaji as major hospitals, medical colleges and airport are in Dibrugarh, the third-largest city in the Northeast.