PM Modi has to protect his image to survive as a politician: Rahul Gandhi 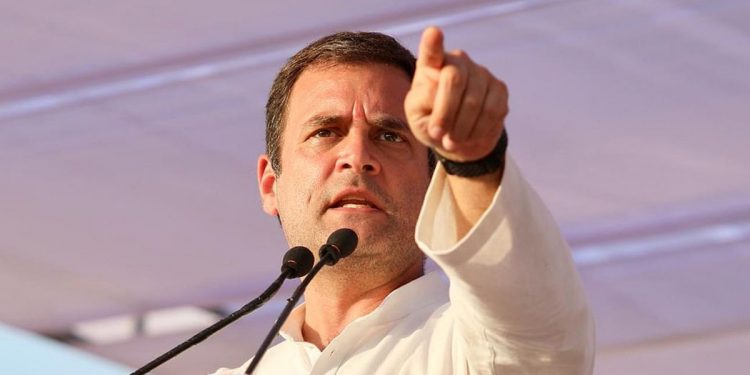 Launching a scathing attack on Prime Minister Narendra Modi once again, former Congress president Rahul Gandhi on Monday said the Chinese are attacking Modi’ image as “they understand that for him to survive as a politician, he has to protect the idea of Chhapan Inch (56-inch)”.

The Congress leader on Monday released the second of his short video series, through which he has been sharing his thoughts on the recent India-China face-off.

“If the Prime Minister allowed the Chinese to understand that they can manipulate him because of his image, then he will no longer be worth anything for India,” Gandhi was further heard saying in the video.”.

The first video of the series was released in Friday, in which Gandhi said that China took an aggressive stand against India due to its “troubled economy, foreign policy and neighbourhood”.

Gandhi’s second video is of two-and-half-minutes long and it focuses as to how the Chinese have used the border issue to pressurise PM Modi.

“And the Chinese are thinking of putting pressure in a very particular way. And what they are doing is that they are attacking his image,” Gandhi further said in the video.

“The Chinese understand that it in order for PM Narendra Modi to be an effective politician, in order for him to survive as a politician, he has to protect the idea of ‘Chhapan Inch’,” Gandhi said.

And this the real idea the Chinese are attacking. They are basically telling the Prime Minister that if you do not do what we say, we will destroy the idea of Mr Narendra Modi as a strong leader,” Gandhi further added.

Rahul Gandhi further said that it was not a simple border issue now and he is worried because the “Chinese are sitting in our territory today”.

“The Chinese don’t do anything without thinking about it strategically. In their mind, the Chinese have mapped out the world and they are trying to shape the world. That’s the scale of what they are doing,” the former Congress president said.