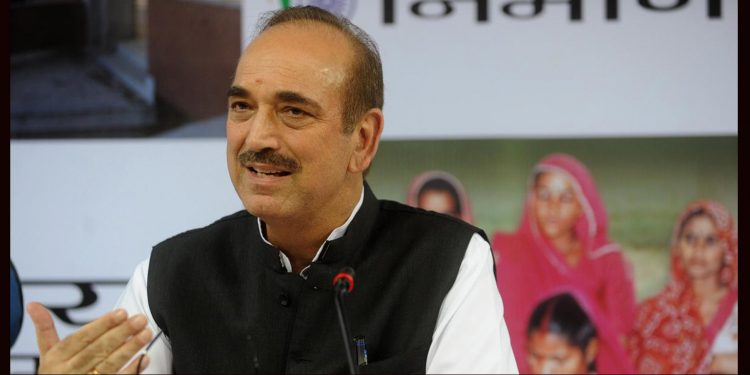 Senior Congress leader and leader of opposition in Rajya Sabha Ghulam Nabi Azad on Monday lashed out at the Centre and blamed it for the unprecedented violence that followed the passing of CAA in the Parliament.

“The real culprit for the violence in the country is the Central government that passed the unpopular Bill in the Parliament without thinking about the consequences,” he said.

Firing salvo at Prime Minister Narendra Modi for accusing Congress of supporting anti CAA protests in Northeast, Azad said, “Had Congress been capable of inciting such violence, the BJP wouldn’t have been in power.”

“The allegations are baseless and I condemn it. Nobody else, but only the ruling party, prime minister, the home minister and their cabinet are responsible for the violence,” Azad added.

The senior Congress leader was addressing the media in New Delhi on Monday where he voiced Congress’ concern over Sunday’s violent clashes between police and protesters at Jamia Nagar over CAA.

“People across the country is opposing the Citizenship (Amendment) Act (CAA) and there are protests everywhere from Northeast to New Delhi. The government, however, is refusing to accept or see this,” Azad said.

“This is unfortunate that the Prime Minister has turned a blind eye to the protests and have failed to realise their fault,” he added.