Phase II: Straight battle likely in 4 out of 5 LS seats in Assam 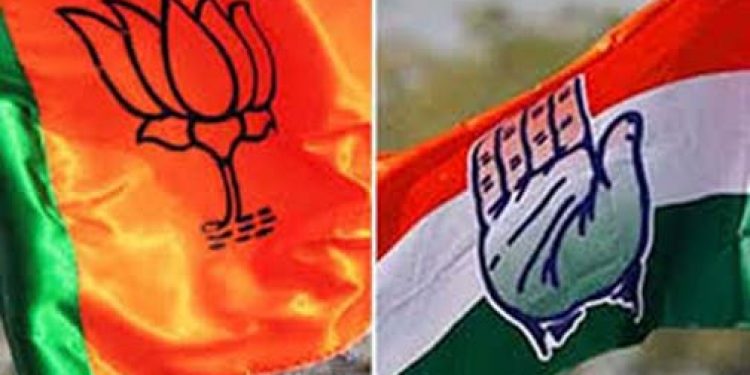 A total of 69,10,592 electors including 33,55,952 women and 180 belonging to third gender are scheduled to cast their votes in 8,992 polling stations in these five Lok Sabha constituencies.

While the contest will be between the ruling BJP and the opposition Congress in Silchar, Nagaon, Mangaldai and Autonomous District constituencies, the battle of ballots is likely to be triangular among the BJP, the Congress and the All India United Democratic Front (AIUDF) in Karimganj LS constituency.

There are a total of 50 candidates including 18 Independent candidates in the fray for the five Lok Sabha constituencies that are going to polls on April 18, election officials said on Tuesday.

While the BJP has fielded Ratabari MLA Kripanath Mallah to contest from Karimganj Lok Sabha constituency, Congress has fielded Swarup Das for the seat. The AIUDF, on the other hand, has pitted the sitting Lok Sabha MP, Radheshyam Biswas, for the seat and it is believed that the constituency is likely to witness a triangular contest among these three candidates.

In Silchar LS constituency, while the Congress has given the party ticket to the sitting MP, Sushmita Dev, the BJP has fielded Dr. Rajdeep Roy for the seat. Although there are 13 candidates in the fray for the Silchar seat, a straight battle is expected between the Congress and the BJP in Silchar in the forthcoming polls.

Although five candidates are in the fray in the Autonomous District LS constituency, the main battle will be between BJP’s Harensing Bey and Congress’ sitting MP Biren Singh Engti, who will be seeking a re-election for eight consecutive terms from the constituency.

The Naogaon Lok Sabha constituency is likely to witness a straight battle of ballots between BJP’s Nagaon MLA Rupak Sarmah and Congress’ Pradyut Bordoloi. The BJP has replaced its sitting MP Rajen Gohain in the constituency, who has been holding the constituency for four consecutive terms since 1999.