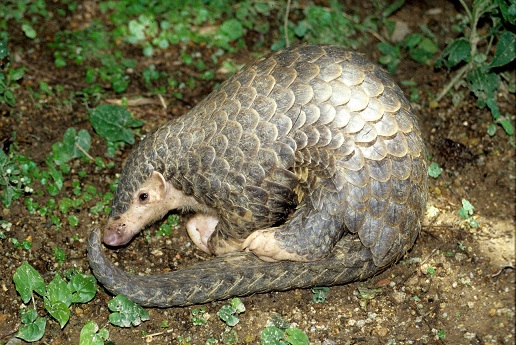 Pangolin poaching is much higher than rhino poaching in Assam, according to wildlife crime experts.

The scaly anteaters have large, protective keratin scales covering their skins and the main cause of pangolin poaching is because of these scales.

The poaching ratio of rhinos and pangolins is estimated to be 1:10 which means that if one rhino is poached, ten pangolins get killed, reports TOI.

As per reports, pangolin scales are smuggled to international markets in Southeast Asian countries and are used in traditional medicines and decorative items. Pangolin meat is consumed locally.

According to a wildlife crime expert, the northeastern region is home to Indian pangolin and Chinese pangolin, the two pangolin species that have found a place in the International Union for Conservation of Nature (IUCN) Red List of Threatened Species.

According to the IUCN list, Indian pangolin has been listed as endangered and the Chinese pangolin as critically endangered.

While many strategies are being planned for rhino conservation, the same for pangolin is a much neglected topic.

The rampant poaching of pangolins have been described in details in the research report ‘A Socio Economic Survey of Pangolin Hunting in Assam, Northeast India’, published in the Nature Conservation journal last year.

The report was authored by Neil D’ Cruze, Bhagat Singh And Aniruddha Mukherjee of London-based World Animal Protection and Laurex A. Alix Harrington and David W. Macdonald of University of Oxford.

It also stated that pangolin scales are more in demand than pangolin meat and most of the scales went to the international markets.

The research was carried out by conducting interviews of different pangolin hunters in Assam.