Assam: Over 7.4 million voters to decide fate of 54 candidates in 3rd phase

Guwahati, Kokrajhar, Dhubri and Barpeta Lok Sabha constituencies in Assam are going to polls on April 23 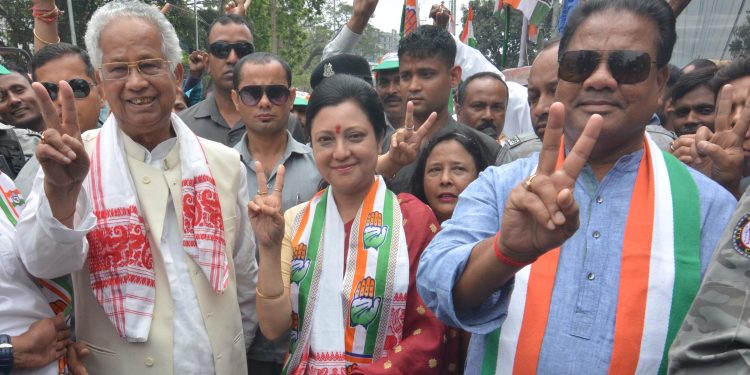 Campaigning came to an end on Sunday for the four Lok Sabha constituencies in Assam that are going to polls in the third phase.

Guwahati, Kokrajhar, Dhubri and Barpeta Lok Sabha constituencies in Assam are going to polls on April 23.

There are a total of 74, 77,062 eligible electorates including 36, 61,570 females and 157 voters belonging to third gender, election department officials here said on Sunday.

Although there are 17 candidates in the fray for Guwahati, Supreme Court advocate Upamanyu Hazarika is one of the strong candidates contesting the polls for the Guwahati seat.

Hazarika who had been very vocal against the BJP-led government in Assam over the issue of infiltration from Bangladesh, is making illegal infiltration posing threat to the indigenous people of Assam as his main poll plank.

Prominent Bodo nationalist leader Urkhao Gwra Brahma of the United Peoples’ Party (Liberal) is also a strong contender for the forthcoming polls in the constituency.

The Barpeta Lok Sabha constituency on the other hand has 13 candidates in the fray which includes former Rajya Sabha MP Kumar Deepak Das of the Asom Gana Parishad (AGP), Jania legislator Abdul Khaleque of Congress and Rafiqul Islam of the All India United Democratic Front (AIUDF).

Kumar Deepak Das’ candidature is supported by the BJP as AGP and BJP have entered into a pre-poll alliance.

The Dhubri Lok Sabha constituency has 15 candidates contesting the polls so far including sitting MP and AIUDF chief Badruddin Ajmal,  Abu Taher Bepari of the Congress and Zabed Islam of the AGP.