More than 40,000 pilgrims from across India and Nepal visited Parshuram Kund during Makar Sankranti and took the holy dip.

D Riba, the Extra-Assistant Commissioner of Wakro said the Parashuram Mela was conducted error-free and the government had made almost all arrangements for the smooth of the religious congregation.

To ensure round-the clock security during the Parashuram Kund Mela, three companies of CRPF and IRBn jawans were deployed to assist the state police personnel. Volunteers from various NGOs from Wakro assisted in managing the crowd. 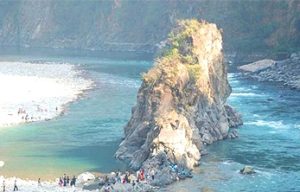 Riba, who is also the Mela officer, said the number of pilgrims were comparatively higher this year as travelling to the religious congregation was easier this year because of the opening of the Dr Bhupen Hazarika bridge.

This year the pilgrims could take a detour from Tinsukia, Makum and Doomdooma towards the newly inaugurated bridge.

Lohit Deputy Commissioner Karma Leki was camping at the kund premises, and left no stone unturned to ensure a successful and incident-free mela. Temporary medical camps and counters were also set up by the Army, the ITBP and the civil administration. No untoward incident has been reported so far.

Many locals and domestic tourists from nearby Assam also thronged the kund site to witness the festivity.