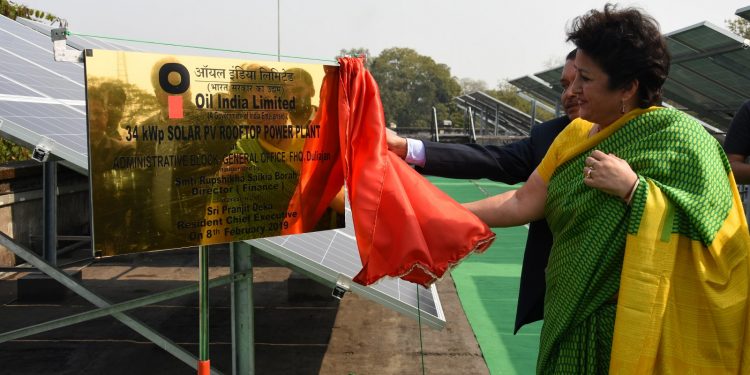 The inauguration ceremony of this solar plant commemorates the month long program ‘SAKSHAM – 2019’ as per the directive of MoPNG.

A total of 107 poly-crystalline PV modules are used in the plant. These panels convert solar radiation (light energy) to electricity (DC voltage and current) and two inverters (20 kW and 15 kW) invert the generated DC voltage into AC voltage, which is then fed to OIL’s own grid power.

The inverters are state-of-the-art system with in-built protection against various electrical faults. The plant also has been fitted with necessary hardware for real time monitoring of the electrical and ambient/weather parameters such as voltage, current, unit generated, cumulative energy, ambient and solar cell temperature etc.

These data can be accessed either directly on the display system of the inverters or on computers or android mobile handsets through cloud technology (GPRS network).