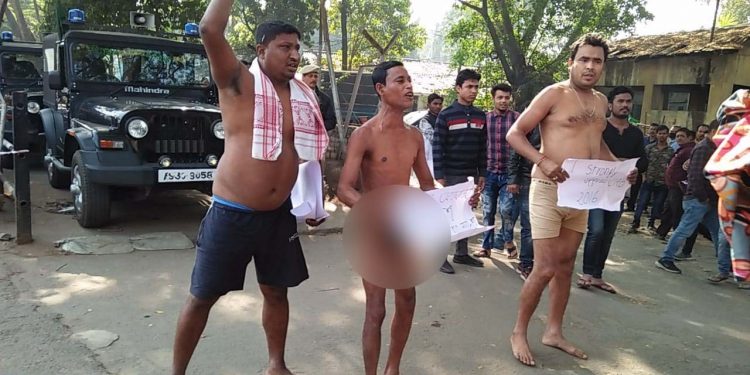 Nude protesters took to the street again on Friday against the contentious Citizenship (Amendment) Bill, 2016.
While one of the protestors was completely naked, the other three were in their undergarments in front of Assam Secretariat at Dispur in Guwahati.

However, the alert police contingent present at the site took the protesters immediately into their custody.

The protesters were immediately wrapped in blankets and taken to Khanapara.

The protesters were shouting slogans demanding scrapping of the citizenship bill and denouncing the central government.

The protests were renewed on Friday by 70 indigenous organizations of the State.
On the other hand, the protester who was completely naked as been identified as Naren Kakoti.