NSF urges Nagaland govt not to mix up RIIN with ILP

Govt should not further delay implementation of ILP due to RIIN: NSF 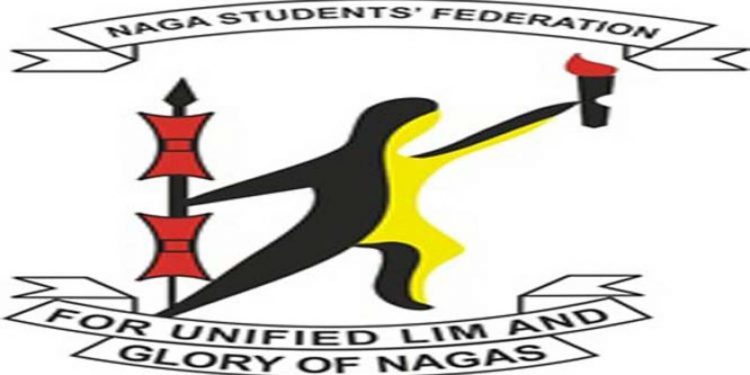 The Naga Students’ Federation (NSF) on Wednesday urged the Nagaland government not to mix up the Register of Indigenous Inhabitants of Nagaland (RIIN) with that of inner-line permit (ILP) regime.

The government should not further delay the implementation of ILP due to RIIN or any other reasons whatsoever, a press release issued by Federation president Ninoto Awomi and vice president Dievi Yano said.

The federation urged the government to implement the ILP in Dimapur district in toto and set a time-bound period for its effective implementation immediately.

It said lack of stringent implementation of the Bengal Eastern Frontier Regulation (BERF) 1873 and exclusion of Dimapur district from the purview of ILP made the district a safe haven for illegal immigrants.

Also, asking the government to envisage an effective mechanism to protect all genuine citizens, the Federation said it endorsed the Abhishek Singh Committee recommendations for implementation of ILP in Dimapur district.

The federation also demanded that the ILP should be strictly implemented according to its propositions made through representations and memorandums.

It asked the government to exercise the political will to deliver on its commitment on the issue.

The federation directed its units to effectively carry out its responsible role of monitoring and verifying any matter related to the ILP.

The NSF put on record that it will carry out checking and verification of ILP holders at any time and warned that immediate action will be taken if any defaulters are detected.

Arguing that the ILP is 146 years old and had passed the test of time for over a century now, the federation said the successive governments had miserably failed to implement and execute the ILP diligently and sincerely for more than six decades.

They instead allowed the ‘ILP racket’ to flourish all through the years, it alleged.

The federation said it and its federating units have been extensively conducting verification of ILP holders in various districts in the past many years.

It rued that the ILP in Nagaland has not been properly implemented and the influx of illegal immigrants is becoming the biggest demographic threat to the indigenous inhabitants of the state.

It noted that overwhelming population of people with questionable identities are inhabiting Dimapur district which is evident from the fact that most of them do not possess any documents as identity proof.

“Nagaland is too small and its population little to handle this undeniable threat to the extent where our society could easily be plunged into refugees in our own land,” the federation added.