NPP to push for strong political voice from Northeast 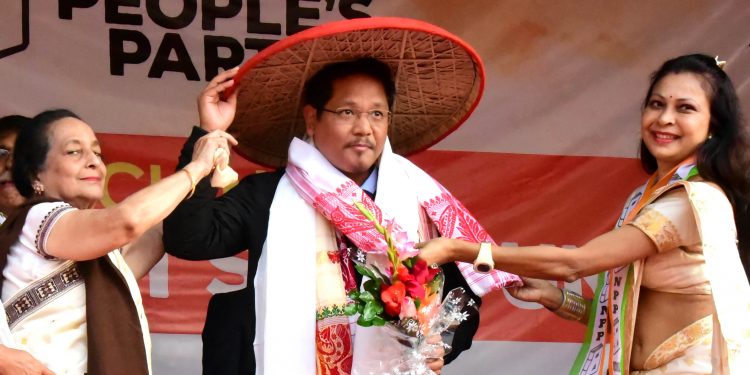 Along with other political parties, the National People’s Party (NPP), led by its national president and Meghalaya chief minister Conrad K. Sangma, has also geared up to fight the ensuing Lok Sabha polls acros the northeastern states.

The party announces to “push for a strong political voice from the region to safeguard the interests of the people of Northeast”.

Meghalaya chief minister Conrad K. Sangma and his party NPP vehemently opposed the Citizenship (Amendment) Bill, 2016 and approached the chief ministers from the Northeast and like-minded political parties to oppose the Bill in the rajya Sabha.

Conrad K. Sangma also convened a meeting in Guwahati where he tried to unite the leaders from the Northeast representing different political parties to voice against the Bill.

Conrad Sangma’s efforts did not go in vain and the Citizenship (Amendment) lapsed in the Rajya Sabha and the BJP’s attempt to make it a law did not turn into reality as the Upper House was adjourned sine die.

The slogan of the NPP is ‘One voice, one Northeast’.

For the 17th Lok Sabha election, the agenda of the party include commitment to the people, minorities and the marginalised.

The party wants to ensure that the indigenous people and the minorities assert their “political say”.