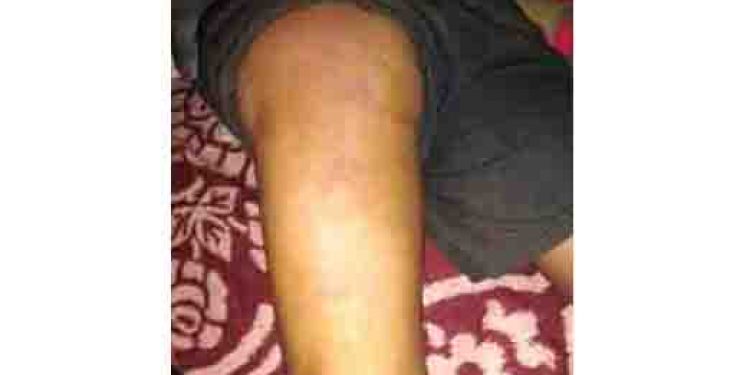 Following the incident of rampage by Arunachal Scouts in Bomdila, the headquarters of West Kameng district of Arunachal Pradesh, now a report of alleged Army atrocities on several villagers in Longkhjon village of Longding district has come up.

Congress MP of Arunachal East Lok Sabha constituency, Ninong Ering expressing strong concern over the incident, has dashed off a letter to Prime Minister Narendra Modi seeking his intervention in the matter.

Informing about this, Ering on his Twitter handle on Wednesday stated: “Wrote to Hon’ble Prime Minister Narendra Modi Ji on the critical matter of recent atrocities by the Army personnel in Longding district of Arunachal Pradesh.”

Ering in his letter stated that in Longkhjon village of Longding district, 23 villagers along with a priest namely Lempo Angjen and former GPM Ramgkai Apesam were “beaten up” on November 18, 2018 allegedly by army men “for reasons which the villagers were completely ignorant”.

The MP also stated the NSCN(IM)/K and other organizations are active in three districts of Arunachal Pradesh – Tirap, Changlang and Longding.

“As per ground reality, on the 18th November, 2018, the villagers were asked under gun point to carry a dead body of an underground cadre to Ronghua village by the militants. The innocent villagers for the sake of their lives had to carry the body of the dead militant but had no connection with the underground. Army raided the village and tortured and harassed the innocent villagers and did not even spare women. Prior to the operation, Army did not even inform the district administration nor did they take any civil police with them.”

Ering stated that this is gross violation of human rights.

Stating that he has always pleaded for revocation of AFSPA from Arunachal Pradesh, Ering stated that it is just a “harassment to the innocent people of this region”.

He also stated the “Rakshaks become the Bhakshak and the consistent fear psychosis of Army brutality is looming amongst the villagers of these districts of Arunachal Pradesh”.

Ering urged the PM to take immediate necessary action on the Army personnel who are responsible for alleged atrocities meted against the villagers of Longkhman of Longcling district on November 18, 2018 in order to bring normalcy in the area.

According to a report published on Wednesday by Arunachal24.in, army personnel from Dhangri, Assam led by Captain Mahapatra on November 18, 2018 arrived at Longkhojan village, Longding District at around 7 pm and started search operation without informing the village chief and Gaon Burha.

It has also been reported that the search operation was not accompanied by civil police. The army personnel as per the report, asked the adult male members of the village were asked to gather at the general ground for inquiry.

The villagers reportedly have alleged that the army personnel on duty had mistreated them. It has also been reported that “harsh and unparliamentarily words were used against men and women” and a total of 23 persons were reportedly detained in the general ground the whole cold night without food, water and warm clothes.

The joint press statement also added: “Former Longkhojan GPM Rankai Apesam and Longkhojan Baptist church pastor Lempo Wangjen were beaten with lathis and received injuries, while a woman was also said to have been beaten up by the army personnel and received minor injury.”