Singh said that the kind of transformation that took place in the North-Eastern Region is both incredible and unprecedented. 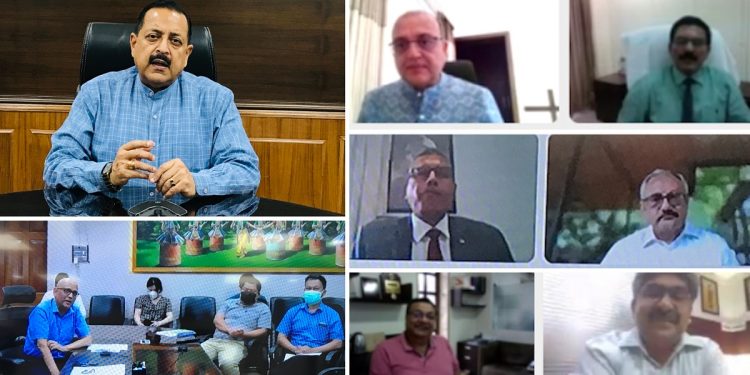 The Ministry for Development of North Eastern Region (DoNER) on Tuesday said that the Northeast will lead post-COVID India’s growth story.

“North Eastern Region is fast emerging as a role model in many spheres including the COVID management. In the post-COVID times, when we are engaged in building up India’s economy, there will be a tendency to look for unexplored areas of generating business and revenue, and the Northeast would be seen as a perfect destination,” said DoNER Minister Jitendra Singh.

Singh was speaking as chief guest at a conference titled “The Land of Emerging Opportunities, focus area Manipur” organized by ASSOCHAM and Government of Manipur.

Singh said that the kind of transformation that took place in the North-Eastern Region in the last seven years in all spheres of life under the leadership of Prime Minister Narendra Modi is both incredible and unprecedented.

“There have been constant efforts by the Government to help businesses and entrepreneurs and significant steps have been already in this direction and the reforms are underway in the area such as investment in agriculture, hydel-power, infrastructure, information and communication technology, tourism as well as in creating new avenues of growth through the development of vertically integrated food processing chains, marketing the skill development and cross-border trade,” he said.

Singh said that the Central Government is giving special impetus to entrepreneurship in the Northeast and the bottlenecks such as power, road, infrastructure, connectivity are fast diminishing.

“The Government has prioritised projects of power generation and distribution so that there is availability of quality power to help businesses to grow. This will positively impact the overall economic development of the region,” he added.

The minister said Manipur’s strength lies in its people and its natural resources and expressed the hope that the State will emerge as an IT Hub of not only Northeast India, but also a leading IT Hub of India as a whole. He appealed to business leaders to come forward in partnership with the state to strengthen the economic landscape of the state and region.

“IT-SEZ in Manipur will boost the State’s economy, promote tourism, and most importantly create Employment opportunities both direct and indirect. It will also boost infrastructure development with units like Hotel, Hospital and Residential complex,” said Singh.