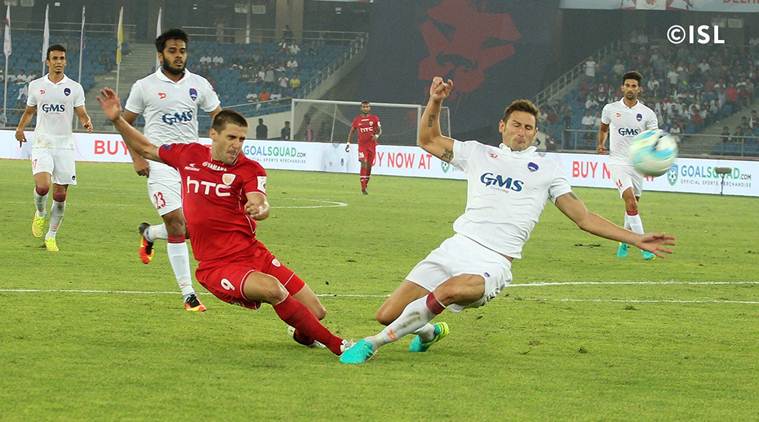 NorthEast United FC will play for pride against Delhi Dynamos later on Wednesday at the Sarusajai stadium in Guwahati.

Same is the case with the Delhi team as both NorthEast United and Delhi Dynamos are out of the play-offs as they have not qualified for the last four.

Both teams will look for a win to avoid the embarrassing last spot finish in the points table in the Indian Super League (ISL), the premier football tournament in the country.

The encounter at the Indira Gandhi Athletic Stadium in Guwahati will be of academic interest only but as both sides would still look to salvage some pride with a win.

NorthEast United and Delhi Dynamos, presently placed at ninth and 10th position respectively in the points table, have had their good and bad forms in this season of the tournament.

NorthEast United, though exhibited some good soccer skills on field failed to capitalize on their advantages to romp home winning points.

The home team would obviously like to sign off the season with a win at its home turf.

In a pre-match interaction with media on Tuesday, the team assistant coach Eelco Schatorrie said his players have a positive frame of mind, and will take the game in full professional spirit giving more than 100 per cent to the game and secure a win.

On the other hand, Delhi Dynamos coach Miguel Angel Portugal at the pre-match press conference said the team’s only aim would be to avoid the last spot.

However, the Delhi team will not have some of their key players will give the match a miss due to injuries or issued related to physical fitness.