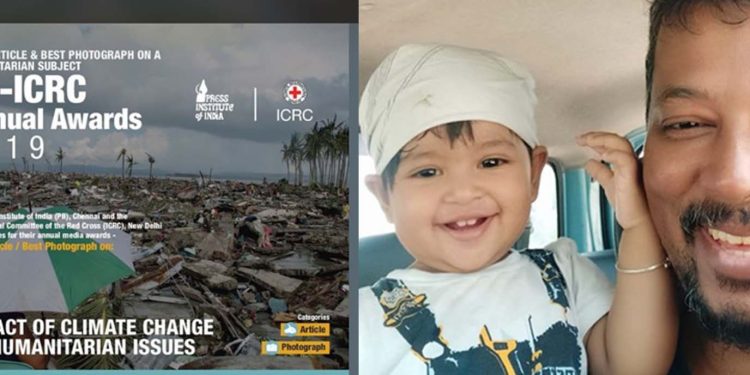 Guwahati-based journalist Anup Sharma has been selected as one of the winners of the 13th PII-ICRC Annual Awards for best article and photograph on a humanitarian subject.

Anup Sharma is the Chief of Bureau of the Northeast Now.

The theme of the awards this year was “Impact of Climate Change on Humanitarian issues”.

The prize distribution ceremony for the awards will be held at the India International Centre, New Delhi on September 27, 2019.

Anup Sharma has been writing on the impact of climate change on people living in char areas (riverine sand bars) of Assam.

This is the 13th year of the awards jointly given by the Press Institute of India (PII) and International Committee of the Red Cross (ICRC) for best article and photograph on a humanitarian subject.

The awards, instituted by the PII and the ICRC, are designed to promote and recognise the outstanding works of journalists in the field of humanitarian reporting.

The International Committee of the Red Cross (ICRC) is an independent and non-political organisation with a large scope of strictly humanitarian activities which it undertakes through its presence in over 80 countries around the world.

Founded in 1963, the Press Institute of India (PII) is an independent non-profit organisation established to create and sustain high and responsible standards of journalism.