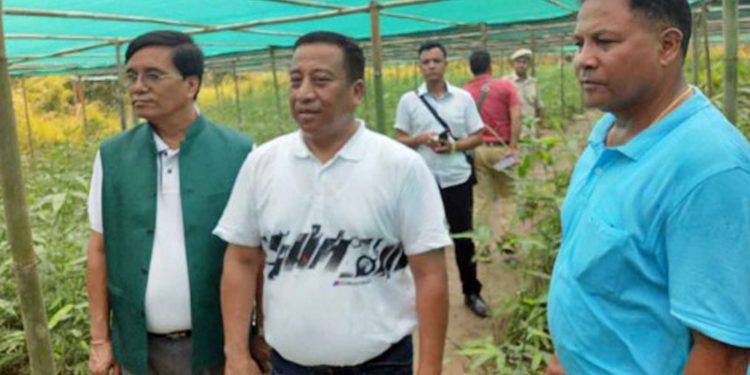 Manipur Forest and Environment Minister Thounaojam Shyamkumar has appealed to the people of the State to collectively fight and reduce the effects of climate change.

Shyamkumar said it is not possible for the government alone to combat the challenge of climate change without the public support.

Minister Shyamkumar made the appeal during his inspection tour of the Baiboni nursery centre, an important bamboo nursery of the State at Jirimukh range in the Jiribam district bordering Assam’s southern district Cachar on Saturday.

“So, the collective effort is required to address the challenges arising out of climate change and also to achieve the Chief Minister’s vision of a Green Manipur,” Shyamkumar said.

The Baiboni Bamboo Nursery Centre, funded by the National Bamboo Mission, was established in 2018-19, with a target to prepare seedlings of big varieties of bamboos.

Stating that the State government is committed to combat the climate change issues, the minister said several initiatives and various missions have been launched targeting environmental conservation.

As part of initiatives, the State Forest department is preparing required seedlings, focusing on the suitable plants and trees of the specific area and location.

Stating that bamboo is highly suitable for the soil and climatic condition of Jiribam, the minister expressed his hope that the bamboo nursery centre would help in increasing the income of the people of the area as well as replace the traditional practice of jhum cultivation.

He stressed on the benefits of bamboo which is used as a construction material as well as a popular cuisine.

“Bamboo will be planted in the district where there is no green vegetation,” Forest Minister Shyamkumar added.

He also said the estimated cost will be around Rs 16 lakh.

Informing that the Bamboos Polyferus is imported from outside the State, he said, “Bamboosa Bambos has medical value.”